The number of incidents and casualties remained basically the same from July to August 2018. There was an average of 6.9 incidents per day during each month, and casualties were 485 dead and wounded in July and 458 in August. The Islamic State continued to rebuild in central Iraq. Baghdad saw a slight uptick in attacks, and Turkey was still hitting the Kurdistan Workers Party (PKK) in Kurdistan. 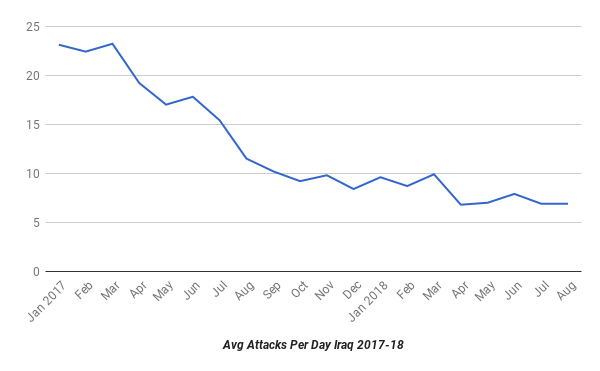 There were 214 incidents reported in July and 216 in August. That led to 224 killed and 234 wounded in the latter. That broke down to 2 Turkish soldiers, 29 PKK, 35 Hashd al-Shaabi, 53 Iraqi Security Forces (ISF), and 105 civilians losing their lives, while 2 Turkish soldiers, 56 Hashd, 62 ISF, and 114 civilians were injured. 15 bodies were discovered leaving 209 violent deaths during the month. Overall, casualties have gone down since the start of the year as the Islamic State has been withdrawing and concentrating its forces in the center of the country in its effort to rebuild its insurgency.

Casualties In Iraq By Province July-August 2018

Anbar remained a secondary front for the Islamic State. There was a suicide car bomb that hit a checkpoint in Qaim in the west that left 56 dead and wounded. The last time there was a successful vehicle bomb in the province was back in January. That being said there were only 11 incidents in Anbar in August and 9 the month before. That was an average of 0.3 per day. The bombing in Qaim was obviously an escalation, but that didn’t change the fact that IS is not concentrating their main effort there anymore. 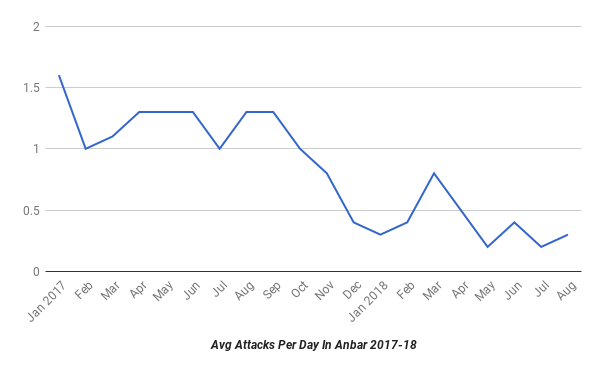 A similar situation exists in Ninewa. There has been less than one incident per day there since April. While there are occasional infiltration attempts from Syria and a few confrontations with insurgents, but violence remains at a very low level in the governorate. 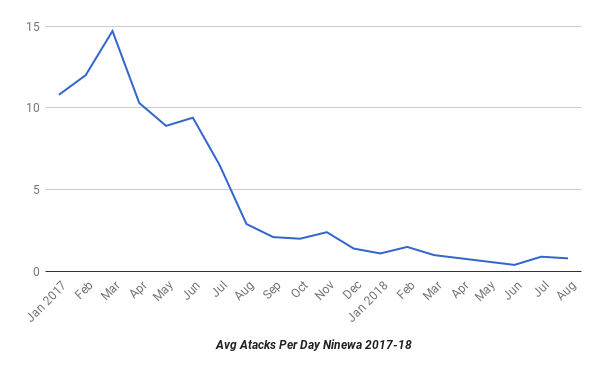 Violence has been down slightly over the last two months in central Iraq, which has meant Baghdad has led the country in incidents during that period. There were 49 in July and 58 in August. That averaged out to 1.5 and 1.8 per day respectively. Considering the size of the capital province and its population that is barely anything. All the attacks are small in scale as well consisting of a steady diet of shootings and IEDs. 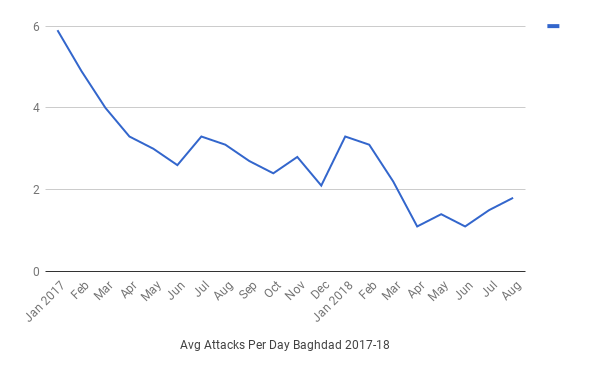 Diyala, Kirkuk and Salahaddin remained the center of the insurgency. The Islamic State is active in all the rural areas of Diyala and Kirkuk and in the center and north in Salahaddin. While the number of incidents has been down in all three since June, the types of attacks point to the group attempting to rebuild. The militants are asserting control of towns and taxing them, and attacking those that don’t cooperate. There are monthly reports of crops being burned, livestock being killed, kidnappings, houses being destroyed, etc. There are also attacks upon checkpoints and local security forces. There are stories of IS being in control of many rural areas at night, and even being out in the open during the day in some places. This is a repeat of the tactics and strategy IS used once before when it was defeated after the Surge, and reformed its cadres. That is also the theme the group is pushing in its propaganda. 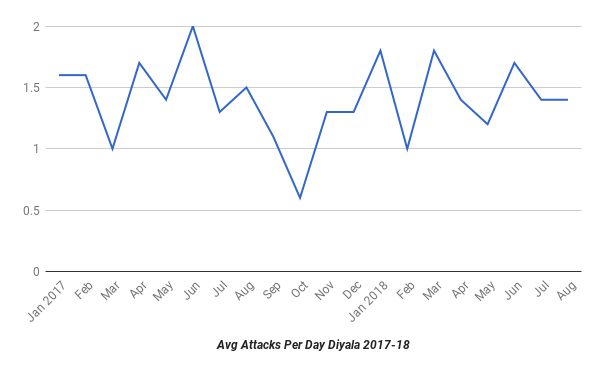 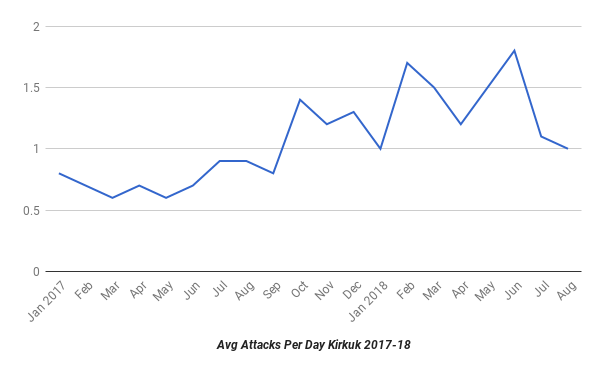 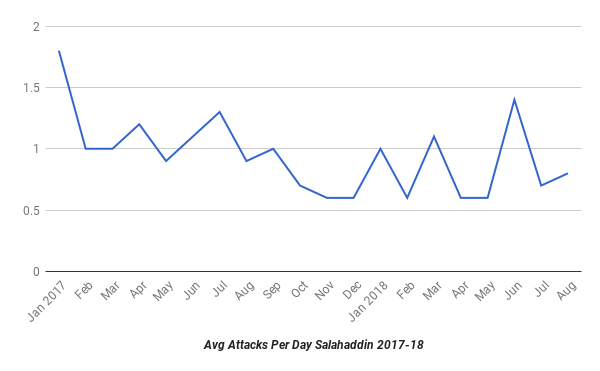 It appears that Turkey has finally ended its advance into Kurdistan chasing after the PKK. There has been no news of any movement by Turkish forces for quite some time. They appear to be digging in and expanding their bases, while carrying out a steady stream of air strikes and artillery barrages. That left 28 PKK and 1 civilian dead in August. The PKK carried out one retaliation attack that killed 2 Turkish soldiers and left two more wounded.

Iraq Newspaper, "The Iraqi Newspaper Published The Names And Pictures Of Victims Of The Suicide Bombing In Anbar Province 7 Officers And 21 Soldiers Killed And 22 Wounded," 8/29/18

Love the data, but why ISIS data for only Central Iraq and not the other provinces?