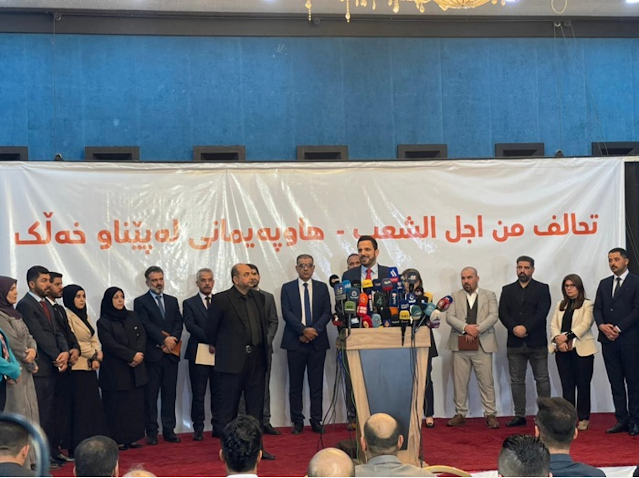 (NRT)
The start of Iraq’s first opposition since 2003 was announced on December 15, but not without some hitches. The leader of the New Generation Party Shaswar Abdul Wahid said that the Alliance for the People was being created out of his list and Imtidad which grew out of the protest movement.

It was supposed to include the Independent People’s Bloc but Imtidad objected to them at the last minute. The Independents told Al Aalem that they weren’t given any real reason for why they were excluded.

Shortly after October’s election news began to emerge that some of the smaller and newer parties along with independents were considering forming an opposition. This was a first in recent Iraqi politics as every government since the overthrow of Saddam has been a national unity one with all the winning parties getting positions to exploit. There is even talk that some members of Ammar Hakim’s Hikma party may not join the new administration. While Imtidad and New Generation have a history of standing up to the ruling parties the Hikma members may be motivated by their poor showing in the balloting and hoping that being in the opposition will give them popular standing.