Revised Election Results Do Not Change Standing of Iraq’s Lists 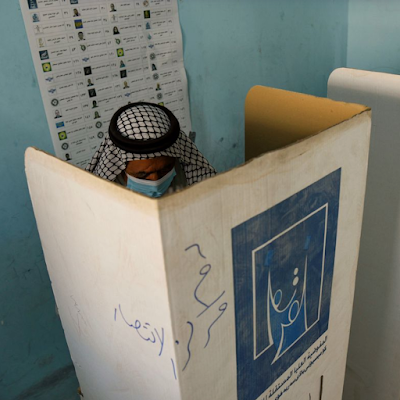 (Reuters)
Iraq’s Election Commission completed its manual recount which did not find any differences with the original results. The appeals however led to five parliamentary seats changing hands which made no difference with the winners and losers.

Baghdad, Ninewa, Irbil, Basra and Kirkuk were where the courts agreed to appeals. The Patriotic Union of Kurdistan (PUK) took two seats from the Kurdistan Democratic Party (KDP) in Irbil and Ninewa. Fatah also gained two seats from an independent in Basra and the Turkmen Front in Kirkuk. In Baghdad, the Azm list of businessman Khamis al-Khanjar took a seat from Aqed al-Watani. Obviously that few seats could not change the balance of power between the major lists and parties.

How the parties finished was exactly the same. Moqtada al-Sadr’s Sairoon with 73 seats, Taqadum of Speaker Mohammed Halbusi at 37, and Nouri al-Maliki’s State of Law with 33 were the top three winners. The KDP went from 33 to 31 seats but remained in fourth. The PUK and Fatah gained seats but stayed in the same overall position with 18 and 17 seats respectively. Azm had 13 seats but now has 12. The remaining lists remained unchanged with Imitdad with 9, New Generation with 9, Ishraqat Kanoon with 6 and the National Alliance of State Forces at 3. Independents now hold 38 seats.

Fatah is still smarting over its poor finish and is hoping that the courts will hear its case that election rigging robbed it of seats. It is really just causing trouble to make sure it’s not excluded from any future government which would mean a huge loss in standing and more importantly state resources to exploit.

Al Mirbad, “After the results were announced .. Al-Fatah awaits the judiciary’s decision on appeals, and warns of great public anger,” 11/30/21

Sotaliraq, “The Commission reveals that the results of 6 governorates have changed due to manual counting,” 11/24/21