The Iraqi forces freed the last section of Iraqi territory held by the Islamic State. That happened as Rawa in western Anbar was liberated in just a matter of hours. There are still some lawless areas of the country where IS operates in, but Rawa was the last actual city it controlled marking a major turning point. 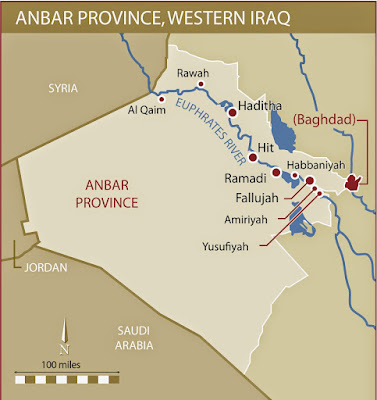 The liberation of west Anbar went in two phases. First, on November 3 Qaim along the Syrian border was taken. The plan was to free Qaim first and then entrap the Islamic State forces in Rawa, which was to the east. The Iraqi forces didn’t think the insurgents would flee towards west because the Syrian forces were advancing on the area adjacent to Qaim. That did not go as hoped for.

November 7, the operation was restarted. Several towns were seized including Rumana on November 11 by the army’s 7th and 8th Division working with Hashd units. It was then that the first stories appeared that IS elements were fleeing to Syria or the desert regions of Anbar to the south and Ninewa to the north. This was partially due to no blocking force in the north, and the lack of a tight cordon in the areas where the Iraqi forces were. The attack on Rawa itself was held up when IS blew up the last bridge across the Euphrates. After a few days army engineers constructed a pontoon bridge over the river and Rawa was liberated in just 5 hours. The entire operation was quite easy as the insurgents barely put up a fight, and most had fled beforehand anyway.

Despite the lack of heavy combat this was a historic event. The Islamic State no longer holds any territory in Iraq. The Iraqis are now going through the desert regions along the Syrian border.
Those are the types of areas where IS still has camps and operates in and are crucial to secure to keep it from making a hasty comeback. In the summer of 2014 they swept through northern and central Iraq and the security forces collapsed. Three years later, the militants had collapsed, they lost the last town they held, and violence is at an all time low not seen since the 2003 US invasion.

Khabaar, “A large-scale operation was launched to liberate the Rumana and Rawa areas west Anbar,” 11/11/17

Al Mada, “The army is preparing to liberate Rawa and prevent the escape of Daash into the south,” 11/13/17
- “The construction of an artificial bridge will pave the way for the storming of Rawa within days,” 11/15/17
- “The joint forces are preparing to break into the Anbar, leaving Rawa behind,” 10/8/17