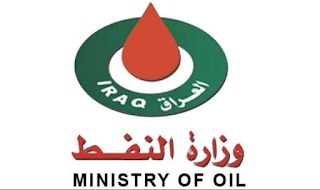 Earlier in the year parliament voted to re-organize the country’s oil industry. On March 5, the Iraq National Oil Company (INOC) was revived. It had not been in operation since the 1980s. The INOC would run the main state owned companies involved with oil and carry out the major operations such as production, marketing, etc. Minister Luabi’s action in October was the first step in that process. The State Organization for Marking of Oil (SOMO), the Iraqi Oil Exploration Company, the Iraqi Drilling Company, the North, Midland, Basra, Dhi Qar, Maysan oil companies, and the Iraqi Oil Tankers Company were all placed under the INOC. In turn, the National Company is supposed to answer to the cabinet instead of the Oil Ministry. Luabi was named the head of the INOC, and will shift to that job full time when a new cabinet and Oil Minister is introduced by Premier designate Mahdi. This is meant to free up the Oil Ministry to make plans for the country’s energy industry.

There is one possible obstacle to fulfilling these plans, and that is the institutional objections that may arise. Iraq’s ministries never like giving up the power that they have amassed. That could happen with the Oil Ministry that might set up roadblocks to the INOC or find new ways to continue with some of the jobs that are now being stripped from it. There is a precedent for this in the recent past. During the U.S. occupation the United States attempted to make the Finance Ministry the primary body responsible for the budget and make the Planning Ministry more of a strategic thinking body. That never happened as the two constantly battled for control of not only the budget, but planning, spending and projects. The same thing could happen between the Oil Ministry and the new National Oil Company.

AIN, “Parliament votes on the draft law of the National Oil Company, 3/5/18