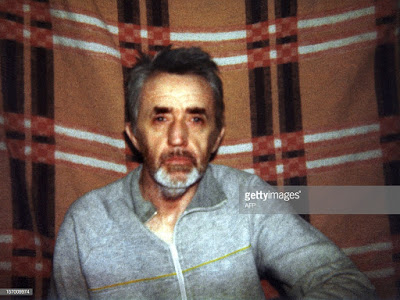 Iran had Hezbollah kidnap CIA station chief Buckley and six other Americans in Lebanon in retaliation for the U.S. supporting Iraq in the Iran-Iraq War The Reagan administration would later try to get its hostages released by offering Tehran weapons which would be exposed in the Iran-Contra Scandal

In 1985 The Reagan administration attempted to reconcile with the Iranian government by offering it arms sales, which it desperately needed to maintain its military during the war with Iraq. Profits from these sales were later diverted to the Contra rebels which the United States was banned from funding under the Boland Amendment. The White House was also hoping that if secret ties were made with Ayatollah Khomenei’s government he might decide to release several Americans seized in Lebanon. The deals with Iran were later exposed by a leak by the Iranian Revolutionary Guard to a Lebanese paper in November 1986. This later became known as the Iran-Contra Scandal. What was little known was that this whole affair was caused by the United States’ decision to back Baghdad in its war with Tehran, which led the Iranians to retaliate by kidnapping American citizens in Lebanon.


The Reagan administration was deeply concerned by the turn of events in the Iran-Iraq War in the early 1980s. Saddam Hussein had decided to invade his neighbor with a poor plan and little strategy believing that Tehran was weak after its revolution that had led to a purge of its military. The war immediately went wrong, and Iraq was thrown on the defensive. As early as 1981 the Saudis, the Gulf States, Jordan and Egypt were all lobbying the White House to back Iraq in the war. That year the White House took its first steps towards Baghdad sending a State Department official to set up informal contacts with Saddam Hussein. In February 1982, the U.S. removed Iraq from its list of state sponsors of terrorism, which opened up trade. In July 1983 the president ordered a review of Middle East policy, which led to National Security Decision Directive 114 in November 1983 that the U.S. would not allow Iraq to lose the war.  In December 1983, Reagan sent his special envoy to the Middle East Donald Rumsfeld to Baghdad to meet with Saddam to start restoring official relations. While the U.S. did not provide military material it increased trade in things like agricultural goods that helped feed the Iraqi population during the conflict, as well as military intelligence on Iranian operations. These both proved to be great aides to Baghdad.

For Saddam, he was open to new ties with the United States because he wasn’t sure about the Soviets intentions during the war. The Soviet Union was Iraq’s main military supplier but when the Iran-Iraq War started it originally said it would be neutral. Saddam sent Tariq Aziz to Moscow saying that Iraq was going to restore relations with the U.S., but would not do so if the USSR officially supported Iraq in the war and forgave its debt. Soviet Foreign Minister Andrei Gromyko offered weapons and a $2 billion loan, but it would not openly back Iraq because it was open to talks with Iran. That pushed Saddam to accept the Reagan administration’s overtures.

The Reagan administration’s swing towards Saddam led the Iranian government to retaliate. In March 1984, the CIA station chief in Beirut William Buckley was kidnapped by the Islamic Jihad-Hezbollah. He was sent to Iran. Buckley was subsequently tortured and died in captivity in June 1985. By that month a total of seven Americans were in the hands of the Iranians. In 1984 National Security Adviser Robert McFarland ordered a review of relations with Iran, and in 1985 that would lead to what would become the Iran-Contra scandal.