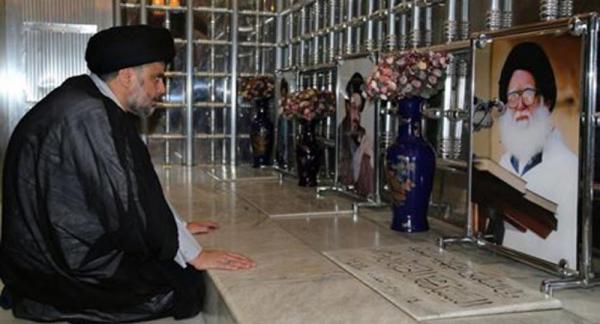 Ayatollah Mohammed Sadiq al-Sadr is a revered figure in Iraq today in part because of his assassination in 1999, which was blamed on Saddam’s government. When he was alive it was a different story. He was a polarizing figure because of his relationship with the government and the other ayatollahs in Najaf and Qom, Iran. To help explain Sadr’s ideas and legacy is University of Haifa’s Professor Amatzia Baram.


1. Mohammed Sadiq al-Sadr had a controversial start as an ayatollah in Najaf. What was his relationship like with the Baathist government and what type of criticism did that engender?

I discussed him in my book Saddam Husayn and Islam and in a later article. After the execution of his cousin Baqir al-Sadr (April 1980) he remained very quiet and non-political. Contrary to Joseph Sassoon’s conclusion in Saddam Husseinn’s Ba’th, Party, that pre-Sassoon historians “overstated the Sunni-Shi’i chasm”, Abbas Kadhim in The Hawza Under Siege, showed that the regime had a gargantuan Shi’i problem. Interestingly, both based themselves on the Ba’th Regional Command Collection, the Hoover Institution - based Ba’th documents. Here comes Muhammad Sadiq al-Sadr. In the second half of the 1980s the regime top leaders, maybe including Saddam, reached the conclusion that they lost the Shi’ah. The Iraq-Iran War was still raging and such a dangerous domestic situation led the leadership to think out of the box. They concluded that if they could find an Arab ayatollah to replace the Persian Marja’ Taqlid Abu al-Qasim al-Kho’i, this could help. They considered Sadiq al-Sadr as a candidate, but they were warned by the chief of the Mukhabarat that Sadiq al-Sadr was toxic. The leaders then gave up the idea. For a number of reasons this decision was reversed in 1996, when he was allowed to assemble communal Friday prayers in the south (Nasiriyya etc). He was even given control over at least one madrasah in Najaf. In 1998 he was allowed to assemble believers for the Friday prayer at his Friday Mosque (jami’) in Kufa, near Najaf. All this was seen by his Shi’i critics as evidence of his collaboration with the Ba’th regime and he became a very controversial figure. After his death, his supporters argued that his collaboration was meant from the start to enable him to win enough support before he could confront the regime head-on.

2. At the end of the 1990s Ayatollah Sadiq al-Sadr suddenly became an active and vocal critic of the government. Why do you think he changed and what did he say about Saddam?

Why he changed is in dispute. His supporters insist that he always intended to do so from the moment he would have sufficient popular support. His critics insist that he was a docile collaborator until he realized that he was losing the popular support that he already managed to attract. His subservience to the Ba’th disappointed the young generation who were looking for a leader that would lead a confrontation with the regime. This is when he began his criticism of the Ba’th. In his khutbahs, that later appeared as a book, he attacked his more senior Najaf colleagues for their timidity. The regime liked these internal turf battles between the Shi’i clerics, but then Sadiq al-Sadr presented a list of demands for the regime and Saddam personally, first and foremost to release students of religion who had been imprisoned.  He also wanted the regime to do more for the poor under the oppressive international embargo. This was very courageous, but he took great care not to offend Saddam and even paid him some very limited respect.   The regime then became concerned about the growing numbers of his followers who poured into Kufa for Sadiq al-Sadr’s Friday prayers and tried to limit their numbers. In February1999 he was assassinated, gunned down with two of his sons near Najaf. Despite official denials most people believe that the assassins were Saddam’s intelligence operatives. This could be the case, even though in my judgment his provocations were too mild to justify an assassination: they were certainly polite when compared to his deceased cousin’s call to topple the regime.  In fact, if the Ba’th wanted him to replace Sistani, Kho’i’s heir, had the regime abided by his polite public demands this could be the kind of reputation building that would serve him and the regime later. Furthermore, most of his ire was aimed against the “Ill-Fated Trinity”: the US, Britain and Israel, who kept the embargo on Iraq. In this he toed the regime’s line. Still, the Ba’th internal security was definitely worried and Saddam may not have been able to tolerate even a slight provocation. But there is another possibility. In his khutbahs Sadiq al-Sadr also criticized Tehran and demanded for himself the most esteemed title of “wali amr al-muslimin”, meaning approximately “The Guardian” or “The spiritual and Temporal Leader of All the Muslims”, Sunnis as well as Shi’is. Until then, this title had been reserved exclusively for Ayat Allah Khomeini and, after him, to Khamene’i. This was a direct challenge. Tehran was not amused and took counter-measures against his representatives in Iran. So, an Iranian operation too cannot be counted out.

3. Sadr not only criticized the Iraqi government but the Shiite religious establishment in Najaf and Qom. What was the revolution in leadership he was pushing?

The Najaf senior leadership was criticized because they were afraid to demand the release of their students from the Ba’thi prison and generally for their timidity and luxurious life, detached from the poor masses. The Iranian ayatollahs at the head of Tehran’s regime were criticized vaguely for their distance from the masses. Sadiq al-Sadr, for his part, was a popular tribune who truly spent much of his time and resources working with the southern tribes and generally the lower classes. Indeed, he even collected all his tribes-related fatwas in an impressive book, designed to convince the tribes to relinquish tribal law and return to the shari’ah.

4. Sadr was suddenly assassinated in February 1999. What happened in Iraq afterward and how did that affect his critics?

His death proved to his supporters that he was no collaborator. They then attacked his detractors, mostly the Hakim family and the Kho’i family and their camps in Iraq and Qom. The grand ayatollahs of Najaf too came under severe criticism. This created serious division in the anti-regime Shi’i population that still exists today. After the Ba’th was removed from power, supporters of Muqtada, the remaining son, murdered Kho’i’ son, and his movement, the Mahdi Army (today: The Columns of Peace, saraya al-salam) attacked the Hakims and even Najaf, which meant: indirectly attacking Sistani, the Marja’ Taqlid. They even briefly occupied the holy tomb and mosque of Imam Ali. Only a massive involvement of US Marines forced the Mahdi Army to withdraw into the holy tomb, and only a meeting with Sistani convinced Muqtada to leave the tomb. Even today, Muqtada and his parliamentary party are often opposed to the Hakims and their supporters.

Muqtada remained loyal to his father’s legacy. He was the most important leader among those Shi’i politicians and militia commanders who declared war against the American military in Iraq. This he did in opposition to the religious legal rulings of all the grand ayatollahs of Najaf headed by Sistani. To him, the “Ill-Fated Trinity”: the US, Britain and Israel remained the main enemy. Although he goes to Tehran when he must, of all the militia leaders he is even today the most opposed to Iranian presence and influence in Iraq. He is no longer opposed to Sistani and even agrees with him on important points, like the independence of the Iraqi decision-making, a reform to curb corruption and the need to reign-in the militias. When it comes to Shi’i-Sunni cooperation he is ready to go further than most other Shi’i politicians, an ambivalent legacy of his father’s. Finally: like his father he, too, is drawing most of his support from the lower rungs of Iraqi-Shi’i society (mainly from the poor Baghdad neighborhood Sadr City, beforehand Revolution, then Saddam City). Like his father he is also demanding better services and more development in the poor Shi’i provinces.