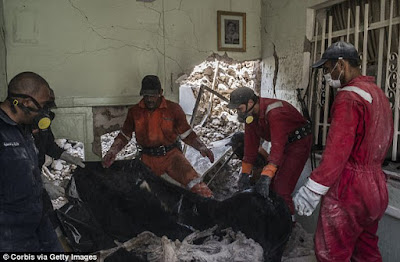 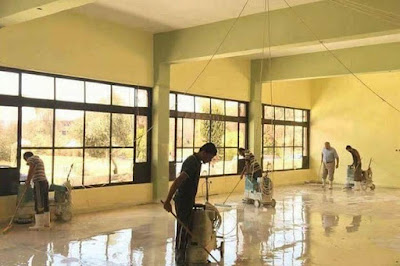 There are still Islamic State elements in west Mosul, while securing the city remains a problem. Al Mada talked with tribal Hashd units that said militants were hiding in tunnels underneath west Mosul, and attempting to cross the Tigris River to get from the west to the eastern side of the city. Sections of west Mosul were still considered too dangerous to do any repair work or allow any families to return. West Mosul also leads to rural areas of Ninewa where there is the threat of infiltration by IS. Protecting the city against attacks are over a dozen tribal Hashd units, police, army, and the National Intelligence Agency. Some of the Hashd have been pulled out and sent to other parts of the city without warning. The different security forces also do not cooperate with each other, and there are too many of them. A Hashd commander complained to Al Mada that the security situation in the city was chaotic. A Ninewa councilman blamed the governor for the lack of coordination. Ninewa politicians would like to solve this problem by having dismissed police returned to duty, but Baghdad has done nothing on this issue forcing the city and province to rely on a hodgepodge of security forces instead.


Tal Afar in west Ninewa will be the next major campaign. The Al Abbas Division is mobilizing 3,000 fighters to take part in the operation. Army and police units are already building up forces in Badush preparing for the battle as well.

Human Rights Watch accused the army’s 16th Division of extra judicial killings in west Mosul. In mid-July 2017 two observers in the Old City witnessed soldiers from the division beat and shoot four IS suspects. Soldiers detained the observers afterward, took their cameras, and deleted photos they took of the incident. As they were leaving they saw more dead bodies. The observers also saw a 14-year-old boy who was shot accused of being an IS fighter, and a woman’s head decapitated who was allegedly an IS sniper. Since the liberation of Mosul several videos and pictures have been posted on social media and in the media depicting soldiers and police beating and executing IS suspects. The Human Rights Watch report is just the latest to document these abuses. Prime Minister Haider Abadi has repeatedly said that anyone caught committing these types of crimes would be prosecuted, but that has never happened. At the same time, he has increasingly attacked human rights groups for making these accusations, which is another sign that nothing will be done about them.

Several Hashd groups have been accused of criminality, and the latest is in Qayara southeast of Mosul. There a unit from the Imam Ali brigade has taken over several oil wells and is smuggling petroleum from them. In an attempt to stop them, an army unit has closed a pontoon bridge across the Tigris River in the district, which the brigade has been using. The problem is that this bridge is used by locals and especially displaced to traverse the river, but they are now blocked by the army. The army is probably not arresting the Hashd members, because it could lead to a shootout and a political controversy.

New displacement is still occurring in Ninewa. From July 12-27, 200 to 1,300 displaced (IDPs) have arrived per day from Baaj, Tal Afar and Qayara. People are going back to Mosul as well. From July 9-27 21,000 returned to the city. That averages out to only roughly 1,100 per day. People are still concerned about security, which is deterring most from making the trip. The main reasons why people are leaving is because of the high summer temperatures, the lack of aid at IDP camps, and safety in their home areas. In total, 165,900 have gone back to the east, and 79,000 to the west. That still leaves 838,842 IDPs in the province. The Hashd appear to still be emptying people from the Baaj district along the Syrian border. They claim that it is not safe, but they are also turning it into a security zone. It’s unlikely that anyone will be allowed to return for the foreseeable future as a result. Tal Afar has been surrounded for months now by the Hashd, and there are still people escaping. Finally, IS took over the town of Imam al-Gharbi in Qayara for two weeks causing families to flee. On the other hand, until people feel like Mosul is completely secure the return rate will remain a trickle.

The United Nations’ humanitarian coordinator for Iraq Lise Grande stressed that reconciliation is paramount to secure the future of Iraq. She told Rudaw that the government’s military victories can’t be ensured without helping people afterward, having national dialogue, creating an inclusive government, and pushing reconciliation. The main problem is Iraq doesn’t have the money for these programs. She might have added that Baghdad doesn’t have a plan for any these either, and therefore they are unlikely to happen. That’s especially true because next year elections are to be held, and Iraqi politicians never do anything of substance during that period. That could jeopardize the liberated areas like Mosul, and eventually usher in a new phase of the insurgency.

Al Monitor reported that now that the Islamic State has been expelled from Mosul men can shave their beards and get haircuts. That has led to several barbers to re-open their businesses. One barber said that he was receiving text messages and letters with threats to close down his businesses from suspected IS members. He was still going to stay open. This was another small sign that life was returning to Mosul, but with complications.

Bas News, “A dispute between a military and army is causing the closure of floating Qayara bridge south of Mosul,” 7/27/17

Butt, Michael, “The Battle May Be Over, But Immense Needs Remain In Mosul,” Huffington Post, 7/27/17

Davies, Gareth, “’Kill anything or anyone that moves’: Iraqi major reveals the brutal orders he was given as ISIS were flushing out of Mosul – to gun down the city’s innocent women and children,” Daily Mail, 7/27/17

Gly, Majeed, “With no reconciliation, victories over ISIS are diminished, says UN,” Rudaw, 7/27/17

Al Mada, “Mosul after two weeks of liberation: We warn of the dangers of Daash in the desert of Anbar,” 7/27/17