There were 3,320 reported deaths and 1,135 wounded in Iraq in June 2017. Almost all of those casualties occurred in Ninewa because of the Mosul battle. Violence in the rest of the country remains at an all-time low. 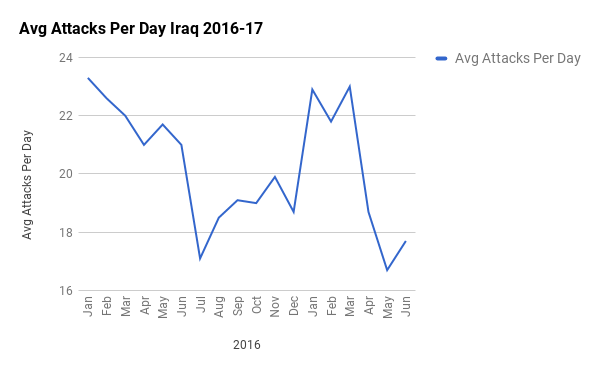 When averaged out by incidents per day Iraq has reached another nadir in violence. Starting in 2016 the number of incidents steadily declined over the first seven months going from 23.3 per day in January to a low of 17.1 in July. The Islamic State then launched its annual summer offensive leading to an increase up to 18.5 in August, and then 19.1 in September. October was when the Mosul campaign started resulting in a short spike from January to March 2017 with over 20 incidents per day. Violence then fell off again from 23 in March to 18.7 in April, to 16.7 in May and 17.7 in June. This was a result of the decline in fighting in Mosul as the battle was winding down. The other impact of the Mosul campaign is that violence has dramatically decreased in the rest of the country to the lowest levels since probably 2003. Baghdad for instance, which used to lead Iraq in attacks went from an average of 11.6 per day in January 2016 down to 2.6 in June. Incidents continued to drop in Kirkuk, have plateaued in Anbar, gone up and down in Saladin, and only gone up in Diyala where the Islamic State has re-organized and began a campaign of low level terrorism, mixed in with attempts at mass casualty bombings, and larger raids. 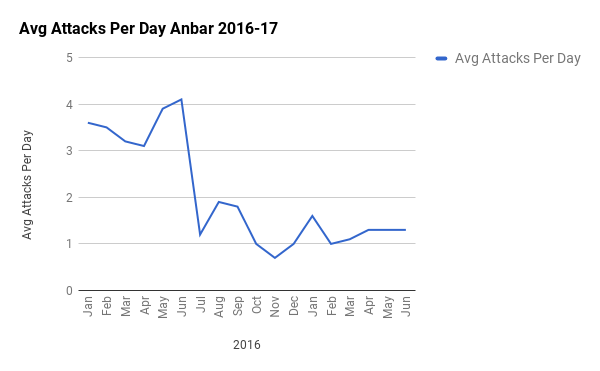 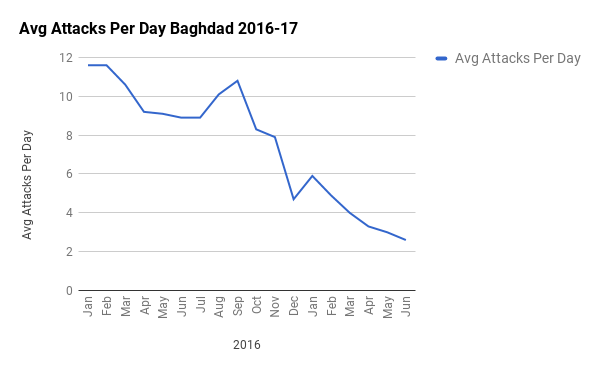 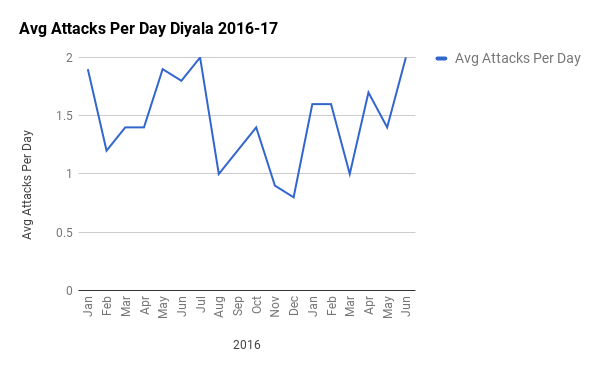 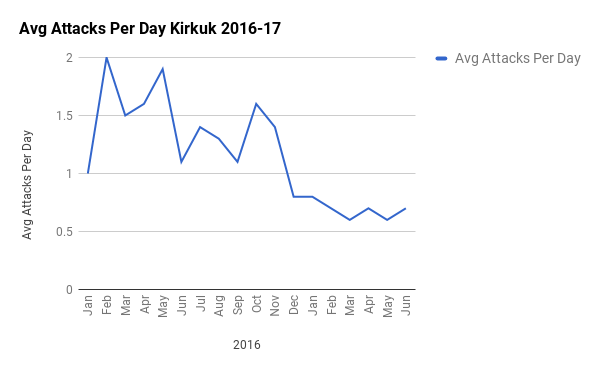 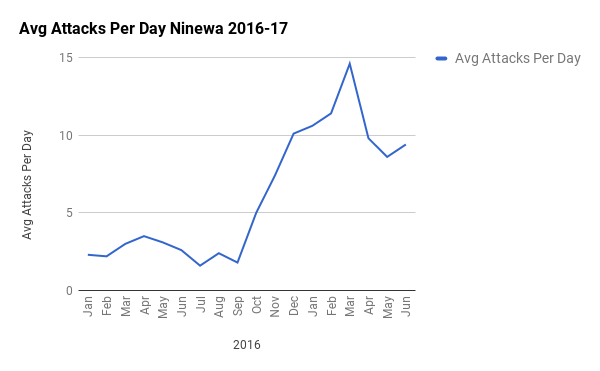 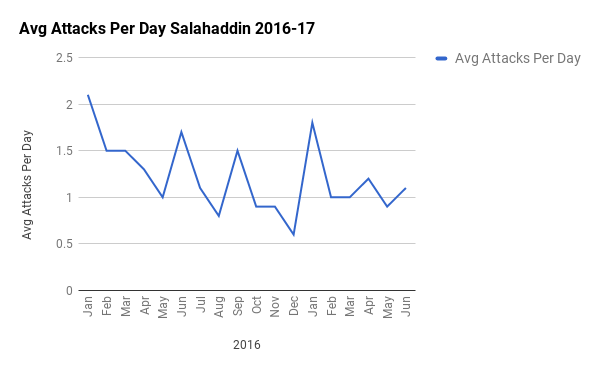 By province Ninewa led the nation in casualties with 3,655 (2,899 dead, 756 wounded). The huge disparity between the dead and wounded is a result of the incomplete reporting coming out of Iraq. Many incidents are not or only partially recorded. After that there were 161 in Anbar, 143 in Baghdad, 116 in Salahaddin, 79 in Babil, 78 in Kirkuk, 75 in Diyala, 25 in Karbala, 25 in Kurdistan, 4 in Basra, and 4 in Sulaymaniya. The reason for the high number of dead in wounded in Anbar were two deadly suicide bombings. Attacks and casualties in Baghdad are at the lowest levels seen in years. Most of the fatalities and injured in Salahaddin were due to a bloody day when IS attacked a number of towns, and people attempting to flee Kirkuk being killed by IEDs and executions. Babil had been quit for months, but now IS is returning there. That resulted in 2 suicide bombers, and 3 other attempts, which accounted for almost all the casualties. The majority of deaths in Kirkuk were due to IS executing people for attempting to flee the Khawaja district they control or being accused of cooperating with the security forces. The 25 casualties in Karbala was due to a suicide bombing, and the 25 dead in Kurdistan were PKK fighters that lost their lives in two Turkish air raids.

Violence By Province May 2017