Violence Drops In Iraq In May After Islamic State Offensive Ends 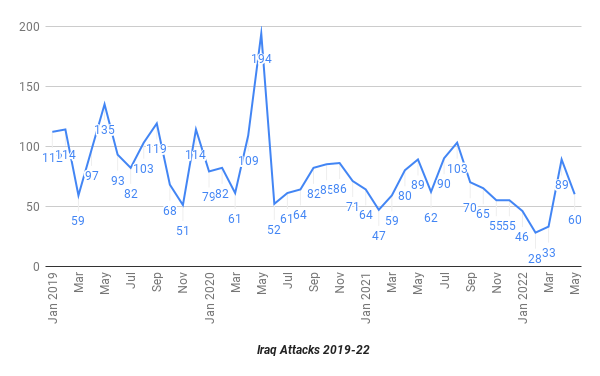 Violence dropped in Iraq in May as the Islamic State’s annual Ramadan offensive came to an end. There were also less incidents by pro-Iran groups compared to April. That could change as IS usually launches a summer campaign.

There were a total of 73 security incidents reported in Iraq in the press in May. That was down from 111 in April the highest mark so far in 2022. That was due to the Islamic State’s Ramadan offensive and a spike in activity by pro-Iran groups in April. Both of those ended in May. 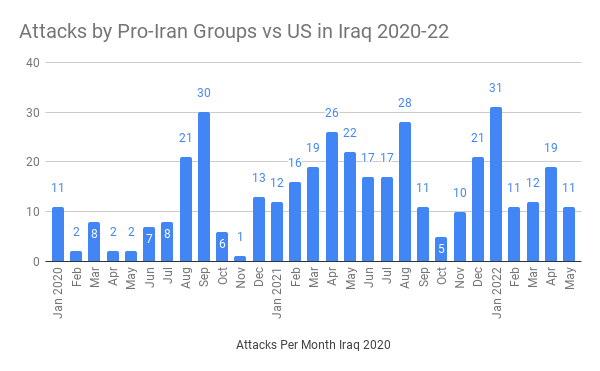 There were 11 attacks by pro-Iran groups during the month. The pattern was different from previous months when IEDs made up the vast majority of incidents. In May convoys were bombed only 7 times. There were also rocket attacks upon Irbil, two in Ninewa, a Turkish base in Ninewa and the Ain al-Asad base in Anbar. Drones were shot down over Camp Speicher in Salahaddin and Baghdad International Airport. One civilian was killed as well during the attack upon the Turkish camp. The previous month there were 19 incidents by these factions.

There were 60 attacks by the Islamic State in May. In April there were 89. 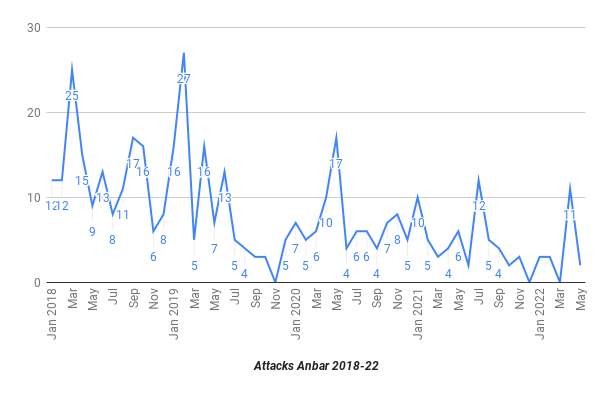 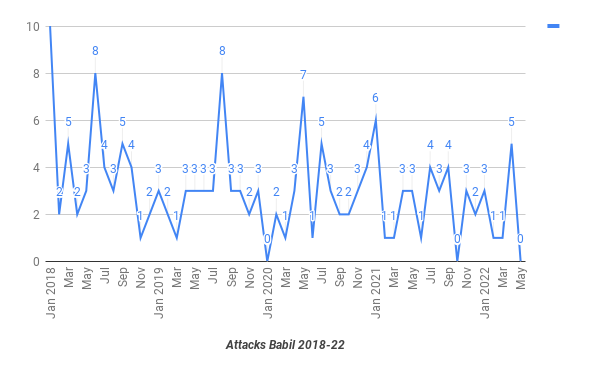 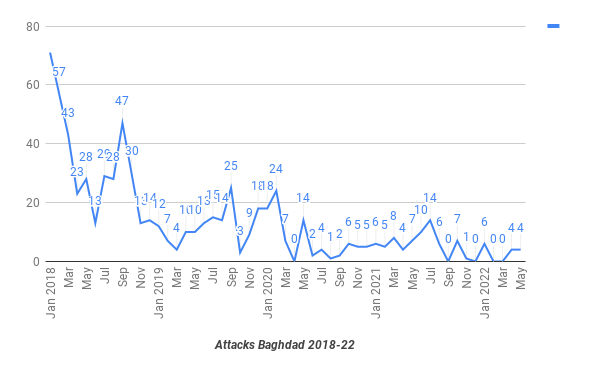 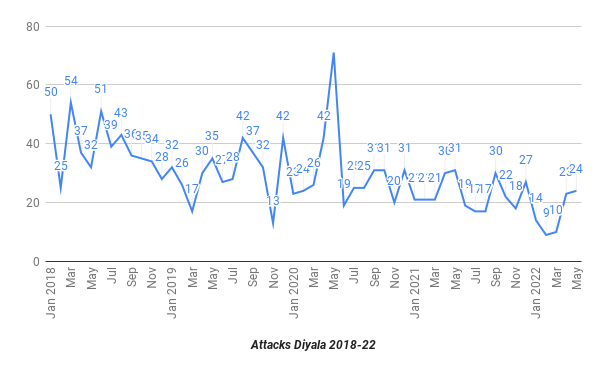 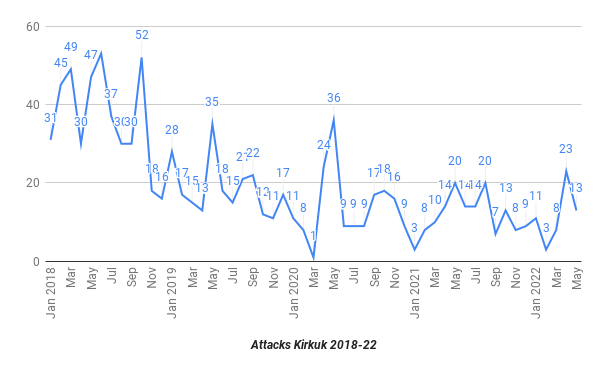 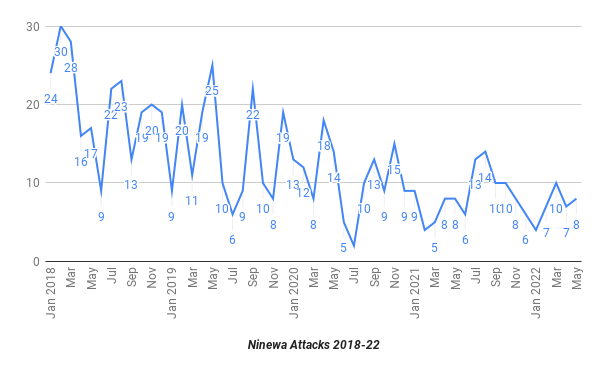 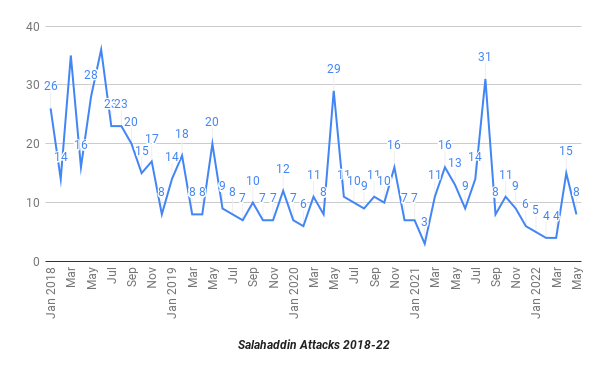 They led to 40 deaths and 51 wounded. 6 Hashd al-Shaabi, 9 members of the Iraqi Security Forces (ISF) and 26 civilians were killed while 2 Peshmerga, 5 Hashd, 19 ISF and 25 civilians were injured. Diyala had the most casualties with 54 followed by 20 in Kirkuk, 14 in Ninewa, 3 in Salahaddin and 1 in Baghdad.

The Islamic State has been in a steady decline since its defeat in the war against the Iraqi government. That’s reflected in May. Of the 60 incidents during the month only 15 or 25% were offensive in nature. The other 45 were aimed at keeping people and the government out IS areas and maintain the group’s control. Only 1 out of 60 incidents was in a city. All the others were in rural, mountainous, and desert regions. Iraq is not only seeing the fewest incidents since 2003 but they are mostly occurring where there are few people. The Islamic State has a negligible impact upon the country as a result.

- "A Security source: A missile attack targets eastern Mosul, and another missile platform was found in Bashiqa district," 5/1/22

Shafaq News, "An Iraqi was killed in the bombing of the Zilikan camp of the Turkish forces, northeast of Mosul," 5/21/22