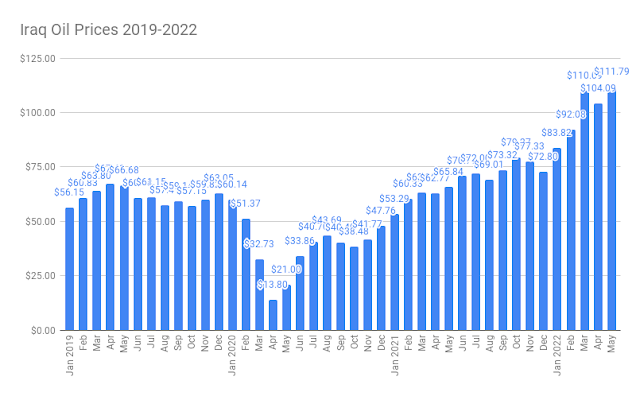 Prices and revenues have continued to climb for Iraq. May saw record highs in both.

Iraq exported an average of 3.3 million barrels a day in oil which was basically the same amount as April. Sales have stayed steady between 3.2 million and 3.3 million since November 2021.

The country earned $11.43 billion as a result, another high mark surpassing $10.913 billion in March. According to the Oil Ministry this was the most Iraq made in a month since 1972.

Iraq is the most oil dependent country in the world but it has not been able to benefit yet from this turn of events. A new government has not been seated after the October 2021 elections, and a budget has not been passed as a result. The political deadlock could last quite some time so these profits are piling up in the state’s coffers.