Price For A Barrel of Iraqi Oil Passes The $100 Mark 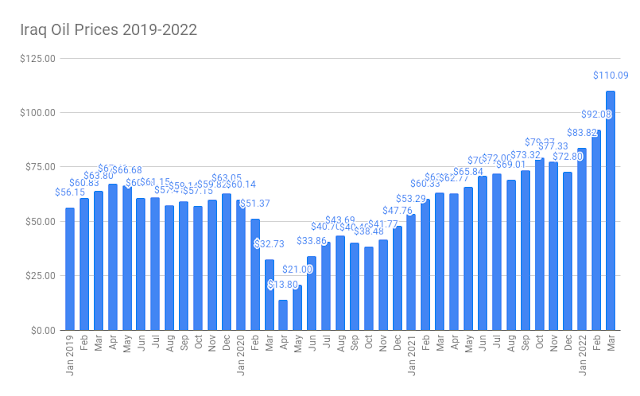 Iraq continues to benefit from the tight oil market and the war in Ukraine. For the first time in eight years oil prices crossed the $100 mark leading to the highest monthly revenues since 1972.

Iraq’s oil exports dipped from 3.314 million barrels a day in February to 3.24 million in March.

That didn’t matter because oil prices continued to climb. A barrel of Iraqi crude went for $110.09 in March. The last time the country’s petroleum was going for over $100 was in 2014.

As a result Iraq’s revenues dramatically jumped from $8.54 billion in February to $11.07 billion in March. The Oil Ministry said this was the most the country earned since 1972.

This situation is likely to continue for the foreseeable future as long as the war in Ukraine is going on causing uncertainty in the energy market as Russia is a major oil producer.