Islamic State Continues To Fade Away In Iraq 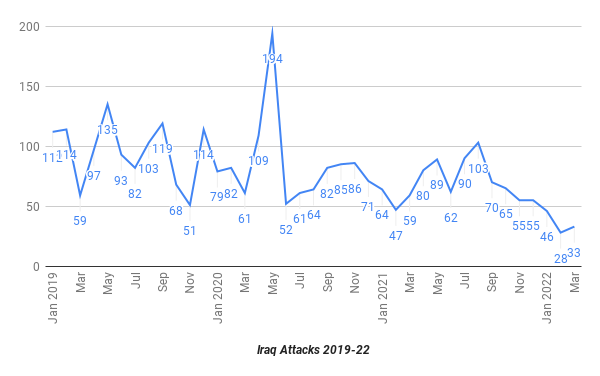 While the number of incidents by the Islamic State in Iraq slightly increased from February to March 2022 its overall number of operations remains at an all-time low. This has lasted for six months now also a record for general inactivity. This all points to the insurgency finally fading away in Iraq. Attacks by pro-Iran groups also leveled off in March. 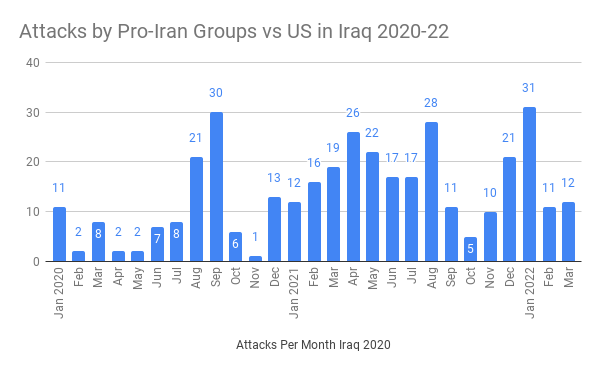 There were a total of 12 Incidents by pro-Iran groups in March. That mostly consisted of bombings of logistics convoys working for the U.S. in Basra (1), Dhi Qar (4), Diwaniya (2), Muthanna (1), and Salahaddin (2). There were also rockets fired at Balad Air Base in Salahaddin and a Turkish army base in Ninewa that has become a favorite target of these factions. There were 11 incidents by these groups in February and 31 in January. The reason for the decline seems to be these organizations are more concerned with being included in the next government than harassing the Americans and Turks.

Iran also carried out a rare attack when it fired rockets at Irbil city which wounded one civilian. Reuters reported that this was a warning to the Kurdistan Regional Government (KRG) to think twice about supplying natural gas to Turkey and Europe which would involve Israeli assistance. The problem with this argument is that the KRG has been talking about exporting natural gas since 2012 and it has never moved forward. Kurdistan’s energy sector no longer has the appeal that it once had as it has fallen into debt and financial crisis over disputes with Baghdad over oil and the budget. It has also entered into several bad contracts that has put it into a large debt. An alternative explanation was that this was a message from Iran to the Kurdistan Democratic Party (KDP) that it should end its alliance with Moqtada al-Sadr who wants to form a majority government and exclude former prime minister Nouri al-Maliki and Asaib Ahl Al-Haq both of which are close to Iran.

The Islamic State was responsible for 33 incidents in March slightly up from 28 in February. This was the first time incidents went up since August 2021. Attacks still remain at an all-time low. Six of the incidents were reportedly old IEDs leftover form the war going off meaning there were only 27 actual operations by the militants during the month. 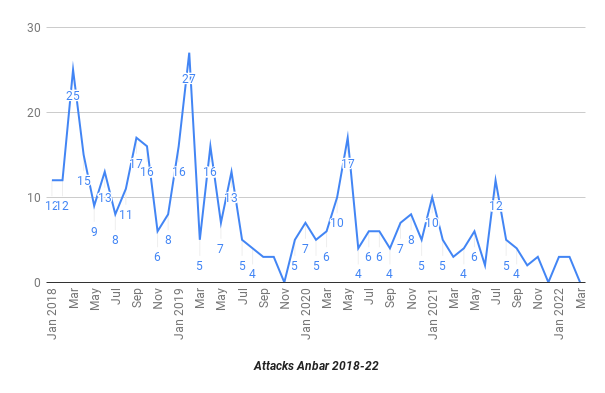 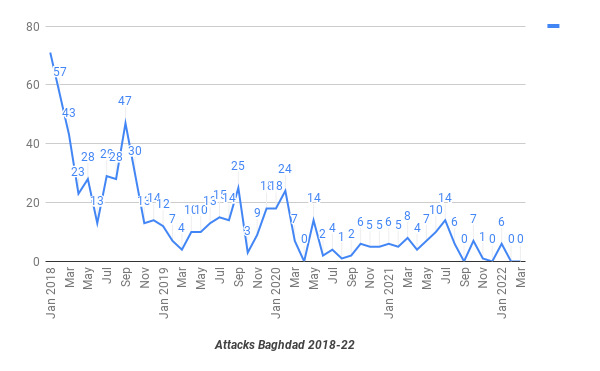 March was also marked by the fact that there were no incidents in either Anbar or Baghdad. IS pulled back from the capital months ago and only uses Anbar to move in people from Syria. 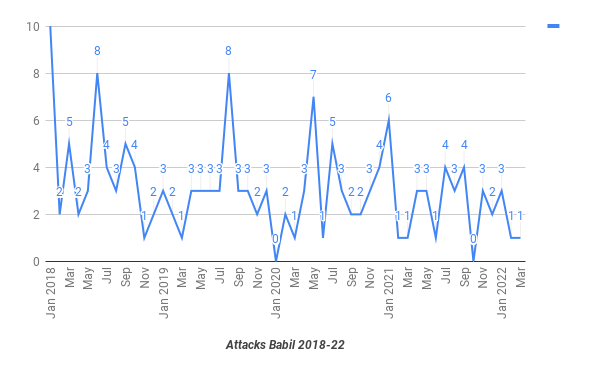 In Babil there was only one incident with an IED wounding a soldier in Jurf al-Sakrh. This is a target of opportunity as the district is a large Kataib Hezbollah base with army units stationed around it. 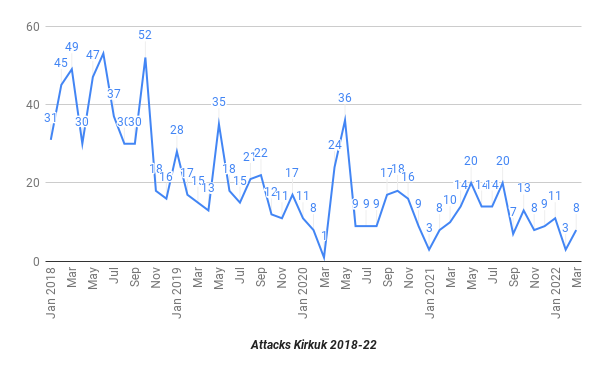 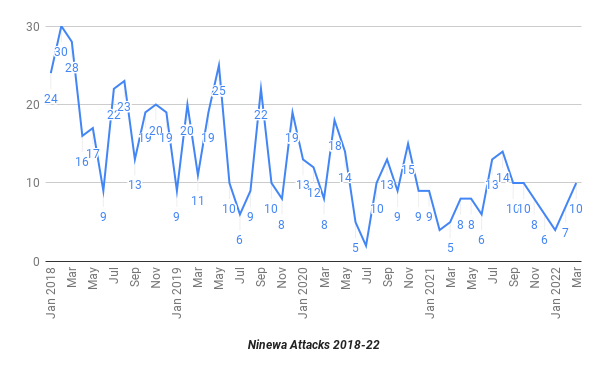 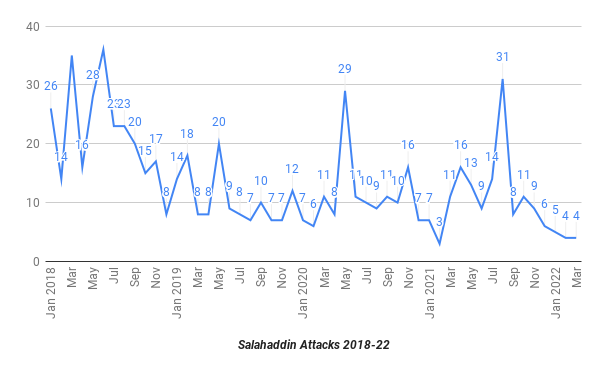 In Diyala 6 of the 10 incidents were in the Khanaqin and Muqdadiya districts in the center and northeast which are the main bases for the insurgency in Iraq. There was only one offensive operation when a sniper fired at an army base in the south, an area IS rarely works in.

Of the 8 incidents in Kirkuk only one was in a city with an assassination attempt upon a KDP official in Kirkuk city. That very well could have been an act of political violence by the Coordination Framework against the KDP for aligning with Sadr in government formation talks.

All the incidents in Ninewa were in rural areas and defensive in nature meant to keep the government and civilians out of IS areas.

Finally, in Salahaddin there was attempt upon the life of the provincial operations commander when an IED his convoy. The rest were defensive.

That’s a total of 2 offensive attacks and only one questionable incident in an urban environment. Otherwise, IS is completely on the defensive in Iraq and only operating in the lightly populated rural, desert, and mountainous regions of the country. That means it has little impact upon the population and government.

These incidents left 19 dead and 20 wounded. 7 members of the security forces and 12 civilians were killed, while 1 Hashd al-Shaabi, 10 security members and 9 civilians were injured.