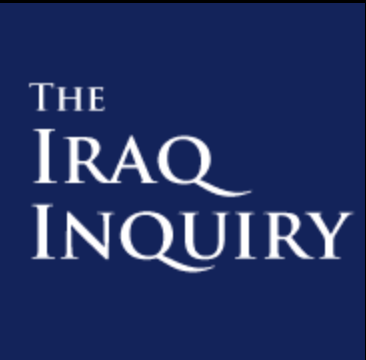 In March 2003 the decision was officially made in London to go to war. The Blair government constantly asked for more time from the Bush administration to try to work out a deal with the United Nations but time had run out. Prime Minister Tony Blair did not tell his cabinet the full situation and the U.N. never had a vote to authorize the conflict. England joined the invasion because Blair had promised President Bush he would back him no matter what. This was another example of Blair not getting what he wanted on Iraq but going ahead anyway because of his relationship with Bush.

In March 2003 the Blair government was focused on ways to get a second resolution passed by the United Nations Security Council that would authorize war versus Iraq. Blair said he needed at least 9 votes whether or not the resolution passed to gain parliament’s support. Bush said he was willing to go along but at the same time he wasn’t going to postpone the war forever. He was ready to invade and only went along to accommodate Blair.

It quickly became apparent that Blair couldn’t get the necessary votes for a second resolution. France for instance said that the inspectors needed more time while China and Russia said that Iraq should be disarmed peacefully. Blair said he was going to stick with the U.S. no matter what and told Bush he was going to blame everything on France. The prime minister never told his cabinet these details. This was one of the major complaints the Chilcot Inquiry had with Blair. He only discussed Iraq with a small core of advisers when he should have included a wider variety of views from his ministers instead of keeping them in the dark. Blair’s advisers were generally with him joining in the war while his ministers were more divided. Since the PM wanted to stick with Bush no matter what however that might not have mattered.

At the Azores Summit the president and prime minister put all the onus on Iraq when they’d already decided to invade. Blair for instance said that Iraq had 24 hours to show that it had changed its attitude towards the inspectors. Bush stated the United States was doing everything it could to avoid war. The latter was the most glaring as Bush had said he wanted to remove Saddam as early as 2001 and ordered the Defense Department to start planning for war that winter. This was just for public relations to claim that the U.S. and U.K. had tried to disarm Iraq but it refused so it was Saddam’s fault for what happened next.

On March 17, Blair’s cabinet endorsed an ultimatum being issued to Iraq and to ask parliament for a vote on military action. Blair only gave a partial explanation of Attorney General Lord Goldsmith’s legal advice on war. Goldsmith had originally said two resolutions were necessary for an invasion, but then changed his mind after lobbying by Blair’s advisers and said that the inspections resolution was enough. One minister questioned whether Saddam was a clear danger and argued that the U.S. was pushing England into war. He resigned in protest. Things went ahead anyway and on March 18 parliament voted for the use of force. March 19 the Security Council discussed Iraq but there was no consensus. On March 20 Blair gave a national speech that his government was joining the war and said that was necessary because Iraq posed a threat due to its WMD.

Blair’s decision was made long before. He believed he had a special relationship with Bush and told him early on he would stand with him no matter what. The only difference between the two was Blair wanted to go to the United Nations because he believed it was necessary to build domestic and international support. That only partially worked out because the Security Council never authorized the use of force. In the end that didn’t matter because Blair had thrown in his lot with Bush in what proved to be his biggest foreign policy disaster.