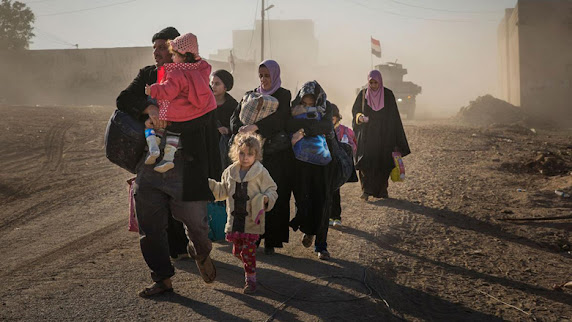 (Kurdistan 24)
Despite thousands of people being forced out of displacement camps by Prime Minister Kazemi the rate of return in 2020 was nearly half that of 2019.

In fact, the number of people going home in 2020 would have been even lower if the Kazemi government hadn’t started shutting down IDP camps at the end of the year. That’s shown by the returns by month. From May to June before the premier started his policy 12,948 people went to their home areas. Then after the camp closings began returns went to 25,920 from July to August, then 38,364 from September to October and finished with 49,152 from November to December. Kazemi is hoping for an easy political victory by shutting down the IDP camps. As various groups and IDPs have noted they are not getting any support from the authorities. That’s one of the main reasons why 58,363 were displaced for a second time in 2020.

As the International Organization for Migration noted in its latest survey the main reasons why people do not want to return are the lack of housing, jobs, services, social cohesion and security. 71% of respondents said their homes had been damaged or destroyed, and 62% stated that there was a lack of jobs. That meant the vast majority of IDPs said they were going to stay where they were for the next six months. There were some exceptions with 83% of IDPs in camps in Diyala and a majority of those outside of camps in Diyala and Salahaddin saying they wanted to return. Still the negatives to going home were dominant.