Review The Kurds In Iraq, The Past, Present and Future

Yildiz, Kerim, The Kurds In Iraq, The Past, Present and Future, London, Ann Arbor: Pluto Press, 2007 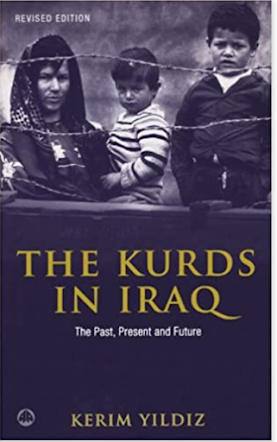 The Kurds In Iraq focuses upon the injustices the Kurdish population faced at the hands of the Iraqi government. There are plenty of examples from the broken promises of autonomy to the military operations such as the Anfal campaign that killed thousands and involved chemical weapons. The problem with the book is twofold. First, it glosses over Kurdish actions that caused problems for the community. Second, the later part of the book focuses upon the U.S. occupation of Iraq and goes into so much minutia it sometimes loses focus of its topic.

The first part of the book is Kurdish history. The strength of this section is the repeated promises made to Kurds that they would either have their own country or autonomy within Iraq that were never followed through with. The 1920 Treaty of Sevres for example said the Kurds would have their own nation. That was dropped when the British decided that Iraq would be created. After that the Iraqi government mentioned Kurdish rights, negotiated deals but were never serious about them. The author Kerim Yildiz points out that fears that the Kurds would declare their independence and break up Iraq was the main motivation for these actions. Other issues not mentioned were that Iraq always conceived of itself as an Arab nation and had a series of autocratic rulers which made it reluctant at best to deal with minority rights.

Here’s the issue with the history, the author seemed to intentionally play down the actions of the Kurdish parties that caused problems. For instance, initially it doesn’t say that the two main Kurdish groups the Kurdistan Democratic Party (KDP) and Patriotic Union of Kurdistan (PUK) fought on the Iranian side in the Iran-Iraq War. Obviously that made those groups enemies of the state and led to attacks upon the community. Another time it barely mentions that after the Gulf War the KDP and PUK had a civil war over control of revenues. The way the author described things it seemed like the two were just in a dispute and had some fighting. Later he mentions it led to hundreds of thousands of people being displaced showing the magnitude of the conflict. As the book states at the start, the point of the book was to document the misdeeds of the Iraqi government. It wants to highlight the victimization of the Kurds. The fact that the Kurdish parties weren’t always the best rulers gets a pass as a result.

The other major problem is the second half of the book gets lost at times in describing the U.S. occupation of Iraq. For instance it goes through all the United Nations resolutions and stipulations that covered an occupying power. It goes into the insurgency and the U.S. effort to counter it. The steps taken to form a committee to draft a new constitution, etc. The Kurds aren’t even mentioned in many of those sections. In fact it reads like this was two separate books at times.

Overall The Kurds In Iraq, The Past, Present and Future is flawed. The first part is the best but it’s not a full history as it just wants to focus upon the wrongs of the Iraqi government. Large parts of the second half could have been dropped entirely and the book would have been better for it.