Iraq Ranked In Bottom 10 In World In Corruption Index 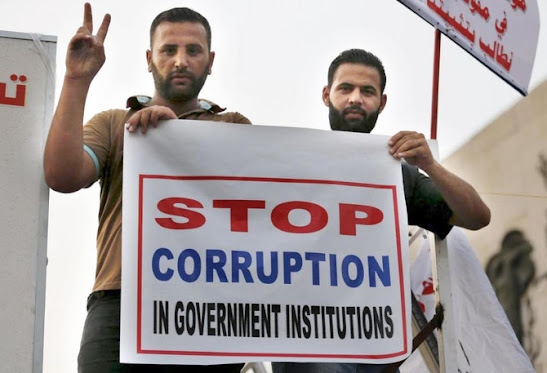 (Reuters)
Iraq continues to be one of the ten most corrupt countries in the world according to the annual report by Transparency International. The group does a survey of literature and reports on countries and uses that information to create its Corruption Perceptions Index. Iraq was tied for 8th most corrupt country out of 179.

Iraq has actually improved on the index over the last five years. In 2015 it had a score of 16, going up to 17 in 2016, 18 in both 2017 and 2018, and then 20 in 2019. That still has kept it at the bottom of the index however. It’s also not clear whether that’s because Iraq did something or whether other countries simply did worse. Libya and Syria for instance have seriously deteriorated with wars leading them to sink on the Index.

In terms of the Middle East Iraq had the fourth worst score with Syria and Yemen at the bottom with a score of 14, followed by Libya with a 17. The United Arab Emirates had the best score with a 71 and was ranked the 21st best in terms of graft by the group.

Since 2003 corruption has been institutionalized in Iraq. The ruling elite use it as a means to rule. They steal from contracts and public workers, get payoffs from companies, and more. That means there is no real effort to fix the problem despite every government announcing an anti-corruption campaign. In fact officials actively block investigations into their misdeeds.

Email ThisBlogThis!Share to TwitterShare to FacebookShare to Pinterest
Labels: Corruption