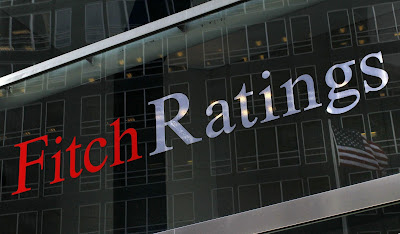 (Hurriyet Daily)
Fitch Ratings upgraded its economic prediction for Iraq from negative to stable thanks to rising oil prices. It found that the government didn’t raid its foreign reserves as much as it was feared during the collapse of the petroleum market. It then gave lip service to the hope for economic reform which is very unlikely.

Fitch originally had a negative outlook about Iraq from 2021-22. In 2020 oil prices dropped, the government couldn’t pay its bills and started raiding its foreign reserves through bonds that were bought by the Central Bank of Iraq. The World Bank and the United Nations had similar views with all three predicting negative economic growth into next year. This all points to Iraq rising and falling with petroleum as it is the most oil dependent country in the world.

An unexpected rise in oil reversed the situation. Fitch believes that Iraq’s oil revenues will grow 75% in 2021. That means the budget deficit could drop from 16.5% of GDP in 2020 to just 5% in 2021. Devaluing the dinar also helped. The country’s foreign reserves also weren’t drawn down as much as feared only declining $14 billion from 2020 to 2021. These are all reasons why Fitch now gave Iraq’s economy a B- grade. This is all based upon short to medium term thinking because the company knows that when oil drops again the country will go right back into crisis.

That’s shown by the fact that Fitch thinks that government spending will go right back up. It thought that public expenditures would rise 28% in 2021 and public salaries and pensions would likely increase afterward. These are the main reasons why Iraq’s economy is structurally unsound. It has a bloated public sector due to an excess of government employees and every time oil prices rise the ruling parties expand it even more only to run into financial problems when petroleum drops as it always does. Fitch tried to say Iraq might be better off with the proposed White Paper on reform and devaluation of the currency. That’s wishful thinking as Iraq has only carried out economic changes once after the 1958 coup that overthrew the political system. As Fitch’s own paper notes the elite will go back to business as usual with increased government spending.