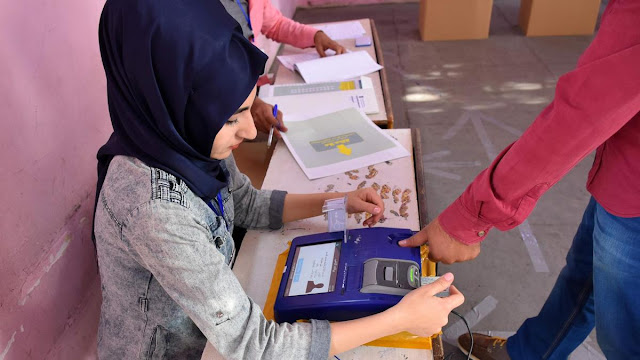 (AFP)
In January 2021 Iraq’s elections were delayed from June to October to give the Election Commission more time to sign up voters and candidates. A new report by the United Nations however revealed that the commission is still far behind in that task.

The U.N. found that only 62% of voters had been registered by the start of March. That was 15,534,518 people out of 25,139,375. At the current rate only 63-64% of voters would be registered by the deadline of March 31. Only 13,221,628 voter cards had been distributed with another 1.5 million being processed which meant over 10 million still needed to be handed out. On top of that 86 candidates had submitted their papers so far while 429 parties had signed up with another 58 pending. That forced the Election Commission to delay candidate registration to April 17. The government is obviously far behind in its task to prepare for the vote. The deadlines will likely be pushed back again and worse case scenario it could give another excuse to hold off on the vote which many of the main parties would be fine with. They fear that they will be voted out of office as there is widespread discontent over their rule which has been expressed in annual protests and low voter turnout. The last parliamentary election had the lowest voter turnout due to widespread disillusionment with the system. Now it’s possible that rate might be even lower simply because not enough voters will be eligible to cast their ballots.