Latest Example Of Lack Of Media Freedom In Iraq’s Kurdistan 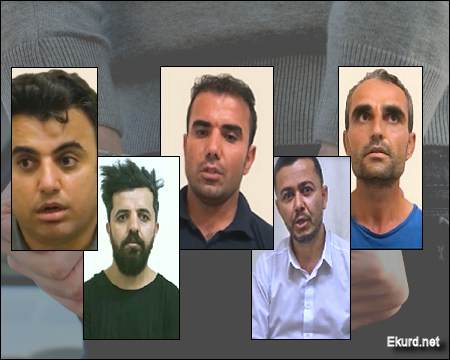 In January Human Rights Watch and the Metro Center for Journalists’ Rights and Advocacy warned that the Kurdistan Regional Government (KRG) did not respect freedom of the press. They noted that officials routinely use defamation laws which make it illegal to insult them even if the claims are true and that the KRG tried to silence journalists in 2020 by arresting them and trying to stop them from covering stories. The next month the KRG provided its latest example sentencing two reporters and three activists to six years in prison for reporting and participating in protests last year. On February 16 journalists Sherwan Amin Sherwani and Guhdar Zebari were each given six years in prison for destabilizing security in the KRG. They were arrested in October 2020 for reporting on protests in Kurdistan over unpaid government salaries and lack of services. At their trial they claimed that their confessions included things they never said and that their statements were coerced. Right beforehand KRG Prime Minister Masrour Barzani said that journalists and activists who had been arrested during demonstrations were spies foreshadowing their fate. The case was widely criticized and condemned as it was apparent these reporters were being sent to prison for simply doing something the regional government did not agree with. The KRG has done this before and will do so in the future because it doesn’t like demonstrations and doesn’t like media coverage of them either because they make it look bad and challenge its authority.

The KRG responded by doubling down on their stance. PM Barzani met with members of the Kurdistan Syndicate Council on March 1 saying that he supported press freedom but that the media had to act legally and reduce disorder. Even worse the KRG Security Council claimed that the journalists and activists were connected to the PKK, had spied for them and were planning acts of violence. Later Sherwani was charged with defamation by the Irbil Asayesh for what he said about them during his trial. Barzani’s statements showed that he didn’t believe in real liberties but rather thought the media should be restricted so that the government can do what it likes without any public comments. The charges about the PKK were even worse because they tried to paint the journalists as terrorists. The Patriotic Union of Kurdistan members of the Security Council even condemned the report saying it was a political move by the Kurdistan Democratic Party, which Barzani belongs to. Finally, the defamation charges seemed to be overkill. It was simply another threat against the reporters that they can be charged for anything.