Legal Battle Continues Between Baghdad and Irbil Over Oil 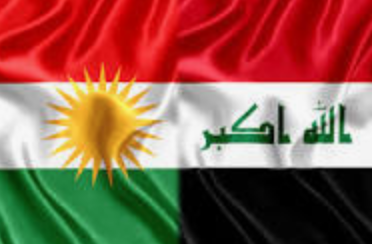 In February 2022 Iraq’s Supreme Court struck down the Kurdistan Regional Government’s (KRG) energy law and contracts as unconstitutional. This was part of the long running battle between Baghdad and Irbil over who had control of the industry. With no way to enforce the ruling however the central government has decided to pursue further legal action against the companies operating in the KRG.

Iraq’s emphasis upon the courts had some early victories in June. The Oil Ministry and others sent letters to contractors and sub-contractors telling them to end work in the KRG or be blacklisted. That led three oil service companies Schlumberger, Baker Hughes and Halliburton to all say they would comply. This was a blow to the KRG because these were three majors in the industry. It also showed that corporations would give into the threats made by Baghdad.

This was followed by another court ruling. On July 5 the Karkh Commercial Court in Baghdad annulled four oil contracts in the KRG. That involved DNO, Genel Energy, Western Zagros and HKN. DNO and Genel Energy are two of the largest producers in Kurdistan. Baghdad also has suits against Addax Petroleum, ShMaran Petroleum, and Gulf Keystone. None of these companies are likely to withdraw from the KRG because they have invested so much in the region. Iraq also has no way of making them comply. On the other hand, it will likely lead to more lawsuits against companies involved in the KRG’s exports and those might have more traction.

The KRG has responded by also going to court. It has filed suits against Oil Ministry officials. It is likely to get favorable results but will be symbolic because Kurdistan has no way of taking action against government personnel in Baghdad.

These tit for tat moves will continue for the foreseeable future. Neither side will get the results they are seeking but it’s likely that Baghdad can increase costs for the KRG. That will have a big effect because the region is already in debt since its oil policy has not worked out as planned. Unfortunately, that will not lead to any compromises as the two sides are too far apart in this dispute.