Effect Of Iranian Propaganda On Iraq

Iran is now concentrating upon the war in Syria, but from 2014-15 Iraq was its major focus. When the Islamic State swept through Ninewa, Salahaddin, and Kirkuk provinces in the summer of 2014, Tehran was the first to offer assistance to the Iraqi government. Military support was only part of Iran’s program however. It also launched a sophisticated propaganda campaign to promote itself as the savior of Iraq. This was carried out on social media mostly via Facebook, Twitter, and other platforms. At the center of this effort was Iranian Revolutionary Guards Quds Force commander General Qasim Suleimani. He appeared on all the major battlefronts in Iraq again and again on the Internet. The success of this campaign was shown in a survey done of pilgrims to the Shiite shrine in Karbala. 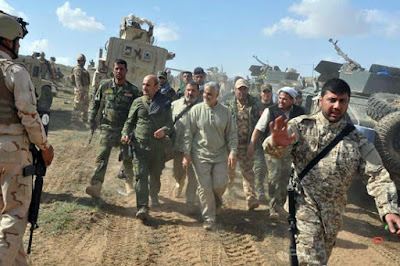 A group of three researchers working for the Massachusetts Institute of Technology interviewed 1,668 Iranians and 2,410 Iraqis during Arabaeen in Karbala in 2015. Those questioned overwhelmingly supported Iran’s policies in the Middle East. When asked what motivated Iran in the region the most popular response for Iraqis, 40.68%, was to protect Shiite communities. That compared to 27.33% of Iranians selecting that choice. That showed how effective Iran’s propaganda campaign was within Iraq. Iraqis felt like Tehran was helping them more than Iranians themselves. This was of course in the middle of the war with the Islamic State, Iraqis were still feeling vulnerable, and when Iran was pumping up its role in Iraq far above the U.S. led Coalition, which preferred having the Iraqis claim responsibility for their victories. Other factors shaping the response would be the negative view most of those interviewed had of America, as well as religious Shiites being more open to Iran’s role then others. In contrast, a plurality of Iranians, 39.28% believed that national security was the main driver of Tehran’s foreign policy.