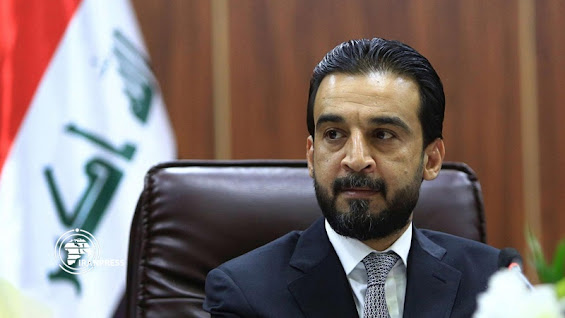 (Iran Press)
In October a new Sunni party was announced with the stated goal of replacing Speaker of Parliament Mohammed al-Halbusi. It included Ahmad al-Jabouri, Osama al-Nujafi and Khamis al-Khanjar who Halbusi split with last year. They have been plotting against him ever since.

Jabouri held a meeting in Irbil where the new party was announced. It had 36 members and accused Speaker Halbusi of working with the banned Baath Party. One parliamentarian said that it could grow to 40 MPs. Jabouri and others had been working for a month to put together the list.

This is the second attempt by Jabouri and company to get rid of Halbusi. The speaker was originally aligned with Jabouri and Khanjar but split with them over electing a new governor in Ninewa in 2019. Afterward Jabouri, Khanjar and Nujafi immediately said they wanted Halbusi out and even claimed they could get 40 MPs to join them. That failed however.

Just like that original attempt in 2019 this move by Jabouri and company is unlikely to achieve their goal. They would have to get the support of other parties to remove Halbusi and there doesn’t appear to be any real desire to do that right now especially with parliament debating the rules for next year’s election and the government in an economic crisis.

Al Aalem, “Abu Mazen leads a movement to overthrow Halbusi … What are the conditions for the Kurds and Shiites to agree?” 10/23/20

Al Mada, “3 projects for alliances split the year one of which used an armed faction to overthrow Halbusi,” 5/27/19

- “A new Sunni alliance aimed at ousting the speaker of parliament after announcing his break-up,” 5/14/19