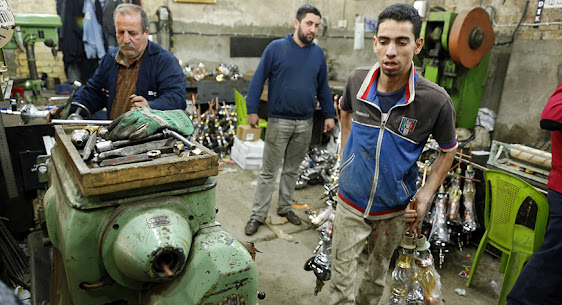 (Reuters)
Iraq is in the midst of the greatest economic crisis since 2003. That’s due to the dual shocks of the crash in the oil market and the COVID-19 pandemic. That has led to a huge budget deficit with Baghdad being unable to pay all its public salaries and pensions. That hasn’t stopped the government from making promises it knows it can’t keep.

On October 12 the Iraqi cabinet said it would launch a jobs program aimed at finding work for graduates and the jobless. It said that there were 1.6 million unemployed registered with the Labor Ministry which it was going to seek jobs for. This would undoubtedly mean placing them within various ministries and state owned enterprises. Why would Baghdad be offering more jobs at a time when it can’t even cover the ones it already has? It’s just another example of how the government will say that it needs to make drastic changes and then acts as if everything is normal and it can continue to act as it did before the crisis.

AIN, “Iraq launches an initiative to employ the unemployed and graduates and reveals staggering numbers,” 10/12/20