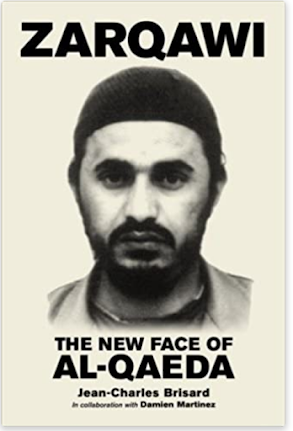 Jean-Charles Brisard’s Zarqawi, The New Face of Al-Qaeda was one of the first two books written about the subject. Published in 2005 it does a very good job detailing Abu Musab al-Zarqawi’s life in Jordan and his two trips to Afghanistan. The problem is it also used a lot of early information which later proved wrong. That means Zarqawi’s relationship with Al Qaeda and his role in the Iraqi insurgency is almost completely off. Not only that but Brisard claimed that Zarqawi was not a strategist and only relied upon ultra-violence missing the fact that was part of his plan all along. The book therefore is very up and down.

The first third of Zarqawi is the best part of Brisard’s work. He starts off with some good background about how the mix of Palestinians and Salafis especially in Zarqa, Jordan where Zarqawi was from provided a radical environment for the man to grow up in. However during his early life he dropped out of school in the 9th grade, drank, had various tattoos and constantly got in trouble including being arrested several times. His mother sent him to religious school to try to straighten him out which led to his introduction to Salafism. There he heard stories of the war against the Soviets in Afghanistan which inspired him to go there in 1989. There he met his future spiritual leader Abu Mohammed al-Maqdisi and tasted his first combat. The two returned to Jordan and set up a group to attack Israeli and Jordanian targets but were arrested and sent to prison. That’s where Zarqawi became a leader using his physical strength to impose his will upon fellow prisoners and no longer needing Maqdisi. An amnesty by King Abdullah the II released him in 1999 and he immediately headed back to Afghanistan. The book provides a lot of details about these early years. It also showed how the political-religious situation in Jordan, Salafism, and Afghanistan transformed a petty criminal into a jihadist.

The problem begins after that as most of the story of Zarqawi in Afghanistan for the second time and his role in Iraq is wrong because it uses out of date sources. When Zarqawi returned to Afghanistan in 1999 he met with Al Qaeda officials who agreed to fund his camp in Herat along the Iranian border. After that however Brisard claims that Zarqawi not only joined bin Laden but became one of his lieutenants in charge of operations. He goes on to write that Zarqawi had a role in the formation of Ansar al-Sunna in Iraqi Kurdistan and eventually took over the group for Al Qaeda. He also quoted an Iraqi exile that Iraq was connected with Al Qaeda and that 9/11 hijacker Mohammed Atta met with Iraqi intelligence in Prague in 2001. Then when things shift to Iraq he blamed some of Zarqawi’s early bombings on Ansar al-Islam which came out of Ansar al-Sunna, said that he was behind the 2004 Madrid bombings, and that he took over some of Al Qaeda’s networks in Europe. None of this proved true. For instance Zarqawi was always separate from Al Qaeda even though he accepted their money. The Iraqi defector Brisard used was an ex-nuclear scientist who made up stories of Iraq-Al Qaeda connections. The Atta-Iraqi intelligence story came from the Czech authorities but they quickly retracted it and the CIA and FBI found no evidence that any such meeting ever happened. Zarqawi allied with Ansar a-Sunna and Ansar al-Islam but never controlled them. This was all due to the book being printed in 2005 when there was still a lot of contradictory stories about Zarqawi. At the same time Brisard could have done some better research because things like the Atta story were discredited in 2001.

Another major issue was that Brisard didn’t understand Zarqawi’s plans in Iraq. At one point he writes that Zarqawi was not a strategist and only believed in using violence. That was his strategy however. He wanted to undermine the new Iraq by starting a sectarian war between Shiites and Sunnis and cause the collapse of the state so that he could create a caliphate. Brisard completely misses all of that.

Brisard’s book proves good background information on Zarqawi, but everything about him becoming a terrorist and insurgent is off. The author had very good sources, especially court documents on Zarqawi’s upbringing, his first trip to Afghanistan and his imprisonment in Jordan when he returned. Then things go off track. Most of that is due to the book being published in 2005. Some of it is due to the author as well because he failed to thoroughly investigate all of his claims. Fortunately there are newer releases that capture all of Zarqawi’s life much more accurately.