Iraqi MP Warns Of Potential Voter Fraud In 2021, Does It Matter? 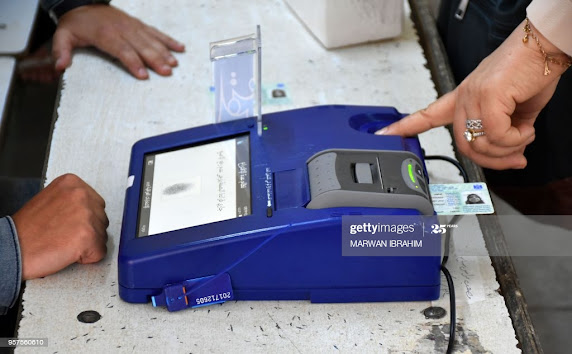 (Getty Images)
Iraqi parliamentarian Waad al-Shammari said there were three million missing voting cards. He warned they could be used for cheating in the scheduled 2021 vote. This is the latest example of potential fraud which occur every election period.

The last time ballots were cast for parliament in 2018 there were charges throughout the process. For instance in March the Iraqi Observatory for Human Rights claimed political parties had bought voting cards to cheat. After the election there were accusations of cheating in Sulaymaniya, Anbar, and Kirkuk. The Election Commission later dismissed 103 polling stations in Anbar, Baghdad, Kirkuk, Ninewa and Salahaddin over irregularities. A parliamentary committee found clear evidence of fraud. In the end, these issues were resolved through a deal between the ruling parties so that a new government could be formed. Similar situations occurred after previous elections.

It’s for those reasons that MP Shammari’s claims are believable and that there will be a new round of trickery unleashed in 2021. Just as likely is that nothing will come from the charges of cheating because the political lists are more interesting in holding onto power than having free and fair elections. The historically low voter turnout in the last balloting and the protest movement both show that the public has become deeply cynical about the political process and expect these types of moves by the elite.

- “Deputy reveals an agreement between the heads of blocs and the president to cover up fraud in the elections,” 7/23/18