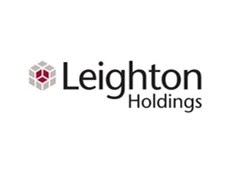 In November the Australian Federal Police arrested Russell Waugh who was a former official at Leighton Holdings on two foreign bribery charges. He allegedly was involved in paying $77.6 million in bribes to Iraqi officials at the South Oil Company and the Oil Ministry to win two contracts to install pipelines and a floating terminal in Basra. This was the latest example of the rampant corruption in Iraq at the highest levels of the government.

The Leighton affair started in 2010. In September the Iraqi cabinet approved Leighton constructing a new export terminal in Basra. This included two underwater pipelines and three floating terminals. (1) They later got a second contract to add a fourth mooring point. (2) This was part of the government’s attempt to dramatically boost its oil exports which account for over 90% of the state’s revenues.

In 2012 the first stories emerged about Leighton making payoffs. That led a department head at the South Oil Company to flee Iraq (3) and Leighton to fire one of its senior managers. (4) In 2016 the Australian newspaper The Age working with the Huffington Post reported that it found emails showing billions in bribes and implicated several high officials including Oil Ministers Hussein Shahristani and Abdul Karim Luaibi. Afterward the Iraqi parliament’s integrity committee started an investigation and passed its findings to the Integrity Commission and the Supreme Court but nothing happened. Then the next year parliament re-started its look into the matter but there was no progress. At the start of 2020 a separate British case claimed Unaoil acted as a middleman to pass along the cash. It’s taken as a given that all major contracts in Iraq involve graft. It’s rare that any of the details ever come out in the open like this. The foreign courts might do something about it, but as the two parliamentary investigations show nothing is likely to transpire in Iraq.