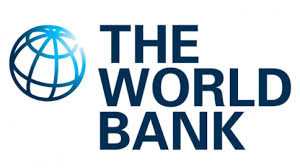 (World Bank)
The World Bank just issued a short paper warning that COVID-19 and depressed oil prices are threatening to increase poverty in Iraq. The Bank predicated another 5.5 million Iraqis would become poor due to the pandemic. It also warned that if government wages or pensions were cut up to 1.7 million more people would fall below the poverty level.

The United Nations issued a similar report in October. It said that poverty could rise from 20% in 2017-18 to 31% in 2020. Another 41% of the population were vulnerable to poverty as well.

Much earlier when oi prices initially collapsed over a Saudi-Russian dispute and the pandemic was just starting the Planning Ministry said that it expected the poverty rate to hit 40%. As usual this was concentrated in the south with 40-50% of the population poor in Muthanna, Diwaniya, Maysan, and Dhi Qar.

Rural areas of Iraq have the bleakest economic situations in Iraq. The south is also the least developed part of the country and often ignored by the political class. The pandemic has made this worse with many businesses laying people off and the government not paying its workers and pensioners due to the economic crisis which has caused a huge budget deficit. With the government doing little to nothing about COVID Iraq is likely to suffer much longer than other countries.

Al Forat, “Officially … Planning Minister reveals the poverty rate in Iraq and expects the fate of the 2020 budget,” 5/18/20