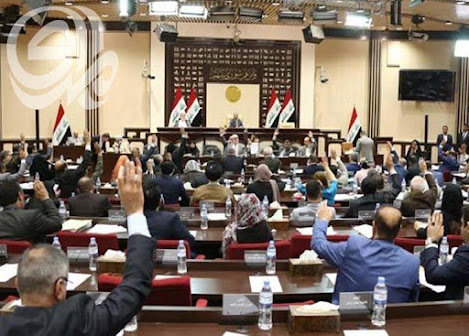 (Al Mada)
Iraq is currently facing the worst economic crisis since 2003 due to the collapse in petroleum prices and the COVID-19 pandemic. As a result the country is running a huge budget deficit as it is the most oil dependent country in the world. Prime Minister Mustafa Kazemi has asked parliament to pass another bill to allow it to take out loans to cover its expenses for the rest of the year but it is facing stiff resistance.

In October the government submitted a second borrowing bill to the legislature. It said that the country needs 57 trillion dinars until the end of the year but is only earning 16 trillion dinars leaving a 41 trillion dinar deficit. The finance committee has constantly complained about PM Kazemi asking for more money. It claims the government has the resources to cover public salaries without borrowing, and that there are discrepancies in the numbers coming out of different ministries over the amount of dinars needed. As a result lawmakers on the committee have said they will cut the amount of money it will allow Baghdad to borrow. One MP on the finance committee told the media that that it may only authorize 12 trillion dinars, which obviously isn’t close to what the government wants.

The finance committee represents a large strata of the Iraqi elite that believe Iraq is not in such a bad state. They think that oil prices will recover soon and that the deficit will therefore disappear and things will return to normal in a short period of time. The idea that the government can come up with other funding sources besides oil in the meantime when that accounts for 90% of the budget is an extreme case of wishful thinking verging on fantasy. That means if the MPs do cut the borrowing bill they will likely receive another one before the year is up from Kazemi asking for more money.

AIN, “Representative from economics committee: We will not vote on the borrowing law until after making 3 important amendments,” 10/26/20

- “Parliamentary Finance opens the deficit law and the government is negotiating to reduce its ceilings,” 10/25/20

New Sabah, “The government has failed to send the budgets for this year and next year, and we will cut the government loan in half,” 10/25/20

- “We will reduce the loan to 12 trillion dinars, which will meet the salaries and needs of the country for the rest of the year,” 11/1/20