Iraq Delays Early Elections Due To Technical And Political Issues 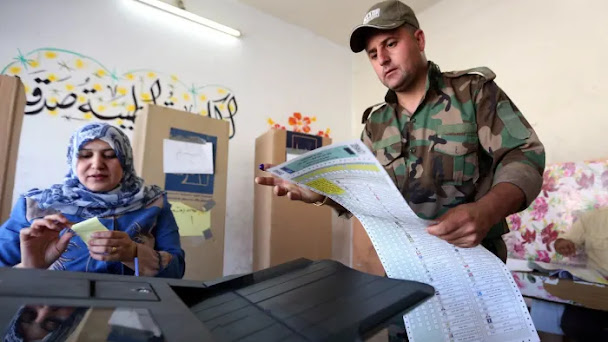 (EPA)
Prime Minister Mustafa al-Kazemi came into office with one man mandate to hold early elections which were demanded by the protest movement. He initially announced they would occur in June 2021. That has now been pushed back to October. The official reason is the Election Commission asked for more time to register parties and voters, but unofficially it’s because the ruling parties want to hold onto power and therefore do not want the vote anytime soon.

The Election Commission asked PM Kazemi to hold off on balloting. Only a fraction of voters have had their records updated and only two lists have registered. It asked for more time and that was the reason the government gave for the delay.

Political pressure upon the Commission has also been cited in various articles. A member of the Hikma party told Al Mada that parties pushed the Commission to hold off on the voting. Before that in December a parliamentarian from the Kurdistan Democratic Party said that most lists didn’t want to have the elections until October. Another Al Mada piece stated that some political parties did not want early balloting and believed this was a way to embarrass the premier. Since the summer there have been plenty of similar reports that the parties didn’t want an early vote. They believe that Kazemi is weak and therefore they can do what they want. They fear that an angry public will cast them out. Finally they are afraid that the balance of power might shift in a new parliament. It appears they have won the first victory in this ongoing struggle.

Al Mada, “Blocs planning the scenario of cancelling early elections via the postponement,” 1/20/21

- “Observers: Political forces planning to dismiss the government forced the commission to postpone the elections,” 1/19/21