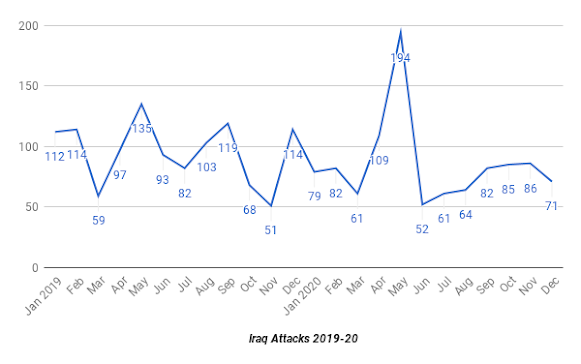 After steadily increasing its activity in the second half of 2020 the Islamic State ended the year by winding down its operations.

From June to November violence in Iraq slowly but surely grew. June was a nadir in attacks with just 52 after the Islamic State launched the biggest offensive since 2018. After that the number of security incidents went to 61 in July, 64 in August, 82 in September, 85 in October and 86 in November. In December however incidents went down to 71. This was below the levels seen in 2019 but showed that the insurgents were trying to create a new norm. 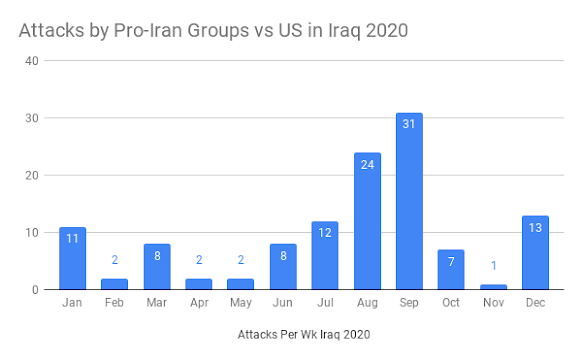 At the same time groups aligned with Iran picked up their attacks upon the U.S. in December. In October they announced they would no longer attack the Americans. That resulted in just one incident in November. As the anniversary of the deaths of the Iranian Revolutionary Guard Quds Force Commander General Qasim Soleimani and Hashd leader Abu Muhandis on January 3 neared the ceasefire ended and incidents jumped to 13 in December. There were 11 IEDs on convoys carrying supplies for the U.S. in Babil, Baghdad, Dhi Qar, Diwaniya, and Muthanna. There was also mortar fire on the Baghdad International Airport and rockets fired at the Green Zone. As a result two people were wounded during the month.

The decreased attacks by IS led to a very low casualty count in December. There were 29 deaths the lowest figure in years. That consisted of 5 Hashd al-Shaabi, 12 civilians and 12 members of the Iraqi Security Forces (ISF). Another 90 were wounded made up of 16 Hashd, 18 civilians, and 56 ISF. Since the spring the Islamic State announced a war of attrition against the security forces which has meant most casualties are no longer civilians but police, soldiers and Hashd.

Attacks went down or stayed the same in all but two provinces. 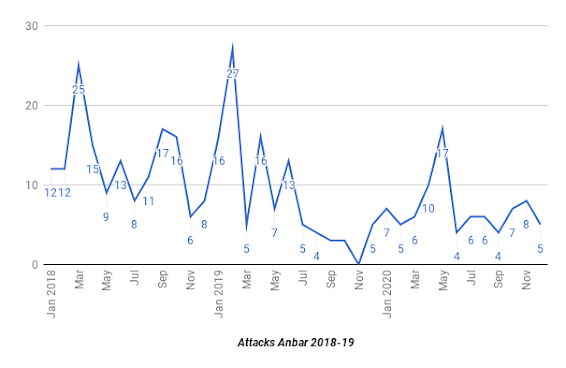 In Anbar incidents went from 8 in November to 5 in December. The types of attacks changed however. 11 electricity towers were taken down in three different incidents for example. A checkpoint was attacked and 5 men were kidnapped as well. Usually there were just small shootings and IEDs in the governorate showing a decide shift in tactics by the insurgents. 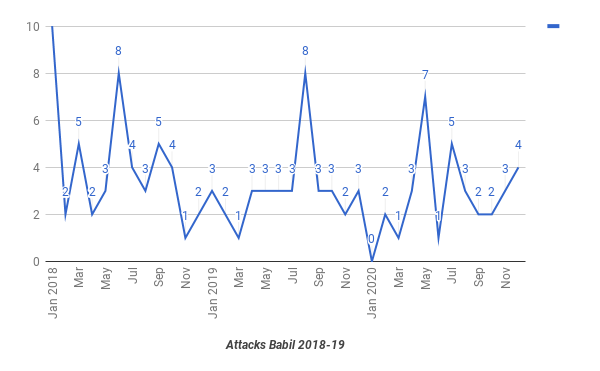 Incidents have gone up for three months in Babil from 2 in October to 3 in November to 4 in December. That’s still miniscule numbers. All of the incidents during the month were in the Jurf al-Sakhr district in the northeast which is a large Kataib Hezbollah base. 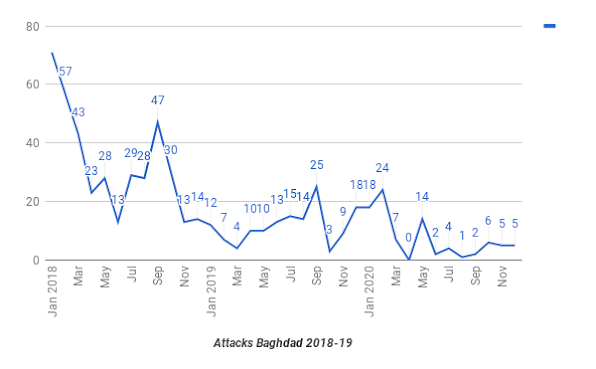 Baghdad is no longer a priority for IS. Three times in the last two years the militants attempted to infiltrate into the city and ramped up attacks. Since the summer incidents have been in single digits. There were 5 attacks in December the same amount as November. All of them occurred in the outer north of the province where IS still has camps. All except one incident were shootings. 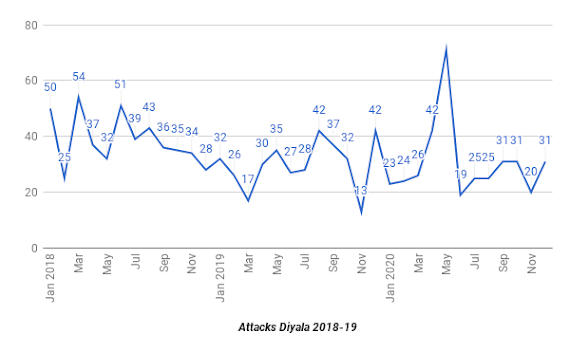 Diyala was the other province that saw an increase in violence. Incidents went from 20 in November to 31 in December. There was one kidnapping, 2 gun battles, 7 checkpoints assaulted and 7 villages attacked. That was the most towns targeted since May. In one day alone, December 29, two villages and two checkpoints were assaulted all around the same area in the Khanaqin district. As usual the Muqdadiya district in the center with 9 incidents and Khanaqin in the northeast with 13 were the most violent areas of the province. IS as de facto control of many of the rural areas in these two districts, has driven out hundreds of people and has set up camps there to rebuild in. 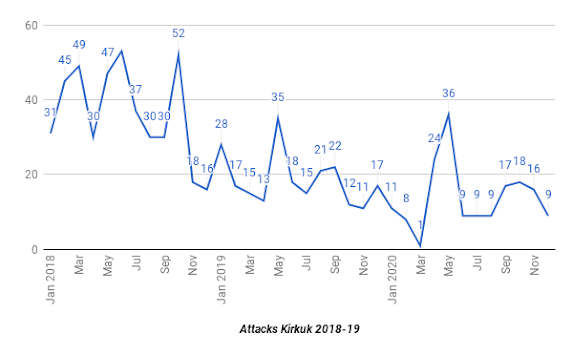 There were 9 incidents in Kirkuk in December down from 16 the month before. 2 checkpoints were targeted and there was one shootout. The biggest even was when two wells at the Khabbaz oil field were blown up. 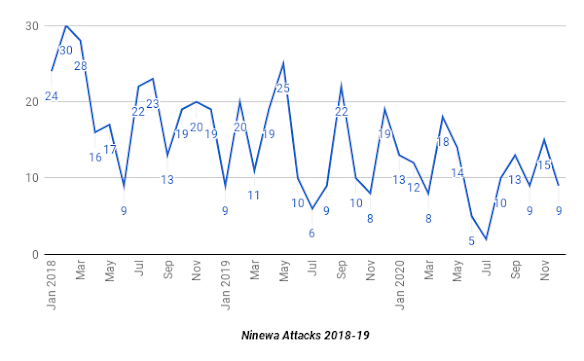 There were 15 attacks in Ninewa in November going down to 9 in December. The mayor of Badush in the northwest was assassinated but all the other incidents were small scale shootings and IEDs. 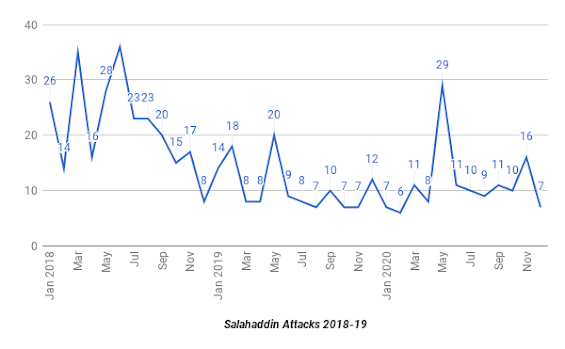 Violence was cut in half in Salahaddin with incidents going from 16 in November to 7 in December. A Hashd base in Samarra in the center was hit by rockets, otherwise things were at a low level.