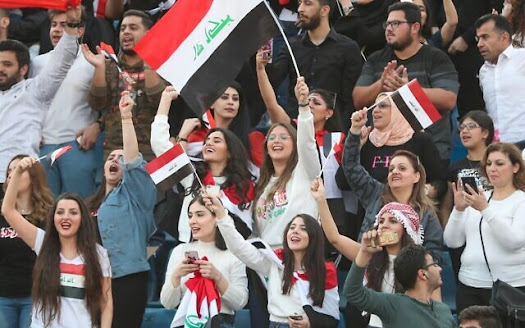 (AFP)
The Center for Insights In Survey Research released a new poll on Iraq. It questioned 3,070 adults about Iraqi politics. It’s margin of error was +/- 1.5% with a 95% confidence level. It found that the public was highly cynical about the country.

The survey began with general questions about how people felt about Iraq. 33% said they believed the nation was heading in the right direction versus 66% that thought it was going the wrong way. The older people were the more cynical they became. 65% of young people aged 18-35 felt Iraq was going badly. That increased to 73% for people 56 years and older. Likewise people in the south and north were more skeptical. In Kurdistan 95% thought things were going the wrong direction and 69% in southern Iraq compared to 54% in central Iraq and 57% in Baghdad. These figures were actually better than a 2019 surveys. Then 24% of respondents felt Iraq was going in the right direction and 75% said wrong.

Do You think Iraq is heading in the right or wrong direction?

When asked about the future things were a little better. 43% said that things would be better versus 15% who had not much hope, 11% were apathetic, 11% feared the future, and 20% were totally disappointed. Again there was wide variation in responses based upon where people lived. In Kurdistan only 10% believed things would get better whereas in the rest of the country 44%-52% were positive.

How would you evaluate the prevailing mood of the population?

14% Future would be better

29% Hoped that future would be somewhat better

15% Not much hope for a better future

1% Future would be better

9% Hoped that future would be somewhat better

25% Not much hope for a better future

19% Future would be better

33% Hoped that future would be somewhat better

14% Not much hope for a better future

9% Fear of the future

18% Future would be better

34% Hoped that future would be somewhat better

15% Not much hope for a better future

13% Future would be better

31% Hoped that future would be somewhat better

12% Not much hope for a better future

The next topic was Iraq’s political system. They had very mixed feelings about democracy. When asked whether democracy was the best type of government 43% said yes while 54% believed there were other kinds of government that might work better. People in Kurdistan were more positive with 77% saying democracy was good. That dropped to 44% in the center, 39% in the south and 35% in Baghdad.

Do you believe democracy is the best possible form of government for Iraq or not?

31% No there are other forms of government that are better

9% No there are other forms of government that are better

32% No there are other forms of government that are better

38% No there are other forms of government that are better

35% No there are other forms of government that are better

When people were asked about Iraqi democracy the vast majority were not impressed. Only 5% said Iraq had a full democracy with another 11% saying it was nearly one versus 82% that stated it was flawed or not a democracy at all.

Thinking about Iraq’s current political system do you believe it is:

Respondents also didn’t believe the system was working for them. 86% said that the government only worked for some groups and not the general public. The basis of democracy is that the people are supposed to have their say and the officials respond to their needs. In Iraq however that doesn’t exist because of the country’s vast oil wealth separates the ruling from the ruled. Not only does the government not rely upon the people for taxes but the elite controls the wealth. That makes them believe that the public should answer to them instead of the other way around as democracy should work.

Despite that deep level of cynicism those surveyed appeared to be ready to participate in this year’s elections. 34% said it was very likely they would vote, 27% said somewhat likely versus 11% somewhat unlikely and 27% very unlikely. By region 61% said they would probably vote in Kurdistan, 64% in the center, 59% in Baghdad and 60% in the south. That was a real contradiction because people in the survey didn’t have much faith in their government or the ruling class and yet felt like it was their responsibility to cast ballots.

How likely or unlikely are you to vote in the next parliamentary elections?

How likely or unlikely is it that ordinary people can influence decisions made in Iraq?

The survey tried to determine why people wanted to vote then. It appeared that people simply believed it was their civic duty to participate even if they didn’t believe in the government.

Which statement about voting comes closest to your opinion?

21% Gives me some say about how government runs things

Overall the survey found lots of divergent opinions by Iraqis about the government. People felt like Iraq was not doing well but some had hope for the future. They didn’t believe in the political system or the elite but believed they should still vote even if it didn’t really change anything. It will be interesting to see if the voter participation rate continues to drop in this year’s election based upon the generally cynical views expressed in the poll.