Baghdad To Send Budget Payment To KRG For 2nd Time 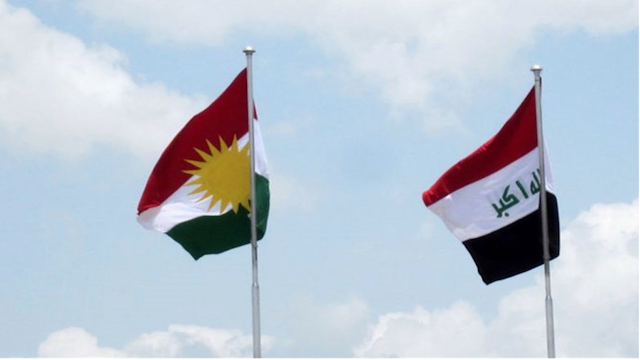 
Prime Minister Mustafa Kazemi is now apparently committed to sending monthly payments to the Kurdistan Regional Government (KRG) even though it hasn’t complied with the 2021 budget. That’s because he’s made a political deal which he may think will help him gain a second term in office after this year’s election.

In the middle of August the KRG’s representative to Baghdad Faris Isa announced that the cabinet decided to send another 200 billion dinars ($137 million) to Kurdistan. The first such payment was made in July. PM Kazemi said that was a one-time advance but it now looks like it will be a monthly affair. This was done despite the fact that the KRG has not followed its obligations under the 2021 budget to send oil and border revenues to the central government.

The impetus behind this new policy is a political alliance between Kazemi, the Sadrists and the Kurdistan Democratic Party. Sadr’s followers were the ones that advocated for the July payment. Kazemi may be going along in the hopes that he can win their support for a second term after this year’s election or simply to back his government while he’s still in office. That explains why Baghdad is making this move despite opposition in parliament.

The KRG on the other hand is getting much needed cash. The region has been beset by economic problems for years. That has stopped it from paying its workers or only giving partial payments for months which led to protests. That’s also the reason why the Kurds are not going to comply with the 2021 budget. It can’t afford to send any money to Baghdad because it is so cash strapped and has large debts.