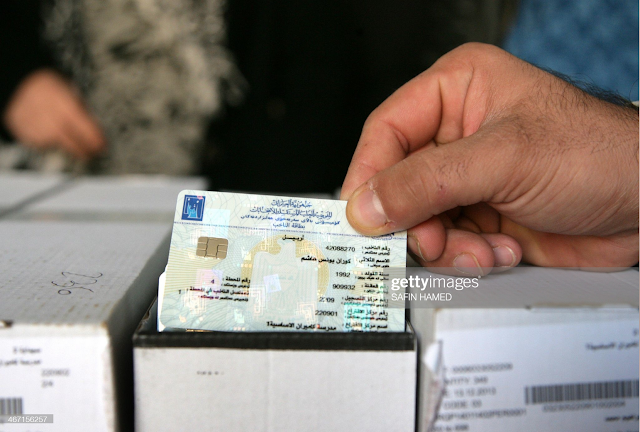 As Iraq’s October election nears there are more and more reports of candidates and political parties trying to cheat to ensure their victory. Al Mada had three articles in just four days on the subject.

Al Mada has recently reported on intimidation and attempts to buy votes. First, 20 parliamentarians requested an investigation into four tribal Hashd leaders in Anbar and Ninewa for allegedly telling their men to vote for certain candidates. One commander in Qayara, Ninewa threatened to fire fighters who didn’t get five of their relatives to vote for him. A second article dealt with Hashd leaders and candidates in Ninewa trying to buy votes. One politician set up a camp in Mosul and promised young people jobs in the Hashd in return for their votes. Another politician was said to have bought 22,000 voter cards which will be given back to people on election day in return for their ballots. Another Hashd leader in Mosul was said to be threatening people if they didn’t vote for him. A third piece was about moves in Anbar to cheat. The director of the Hit Education Department and the director of the Baghdadi district were dismissed for refusing to back a party in the election. One source said that a deal has been made with polling officials to get illiterate voters to cast ballots for certain lists. One party opened 20 offices in the province and paid people to collect voter cards for them. Others are giving out contracts using the Sunni Endowment and the Electricity Ministry in return for votes. There have been plenty of similar stories over the last few days. Cheating has been a long time practice in Iraq and this year is no different.

The government talks about free and fair elections and that they will be monitoring the polls on election day. Little is being done beforehand however. That’s complicated by the fact that several members of the Election Commission have been accused of helping parties to cheat and that the ruling parties who run the government are behind these moves. In all likelihood there will be claims of fraud after the voting is done, but in the end the results will be certified and the parties will continue to run Iraq because none of them actually believe in democracy.

Al Mada, “A candidate in Ninewa pays money equivalent to a parliament’s salary for 40 years to buy voter cards,” 9/22/21

- “A party in Anbar spends half a billion on promotional offices and appointment contracts on the Sunni Endowment and electricity,” 9/23/21

- “Tribal crowds force their members to elect personalities to support them,” 9/19/21