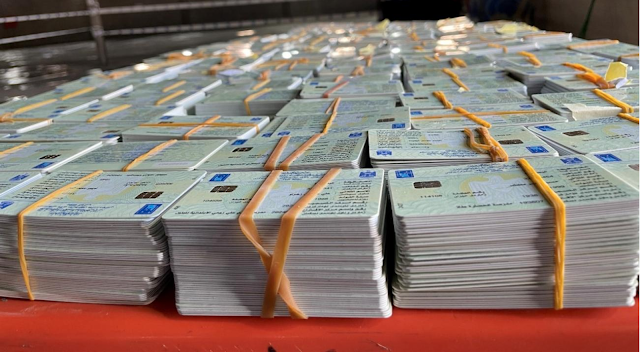 (United Nations)
Iraq’s elections are a month away and the political parties are ramping up not only their campaigns but attempts to cheat as well. There have been numerous reports of buying voter cards, and a campaign launched to destroy election material of rival candidates.

Recently the head of Iraq’s Election Commission Judge Jalil Adnan Khalaf promised that the country would have free and fair elections. At the same time he noted that the commission had gotten reports of buying voter cards and intimidation of people by armed groups. The government is hard pressed to stop these practices because it is the ruling parties that are responsible.

The elite have employed various means to ensure their victory. Al Aalem talked about independent candidates being run by the governing parties to divert votes and campaigns launched to destroy election posters that started in Dhi Qar and has now arrived in Baghdad. Al Mada said parties have offered jobs in return for votes, and have violated rules by using government offices and vehicles in their campaigns. One female candidate was banned for buying voting cards. There are also continued reports of six million unaccounted voting cards floating around that could be exploited. Prime Minister Mustafa Kazemi ordered an investigation into such stories saying many complaints have been filed about the cards. The government also arrested two groups of people accused of attempting to manipulate the elections at the end of August and the start of September. They were working with members of the Election Commission and were creating fake social media accounts. These are all common occurrences. The ruling parties want to stay in power and they employ various means to ensure that. Cheating accusations come up ever election year as a result and 2021 is no different.

Al Masalah, “The Commission decides to cancel the approval of a female candidate due to the purchase of electoral cards,” 9/15/21