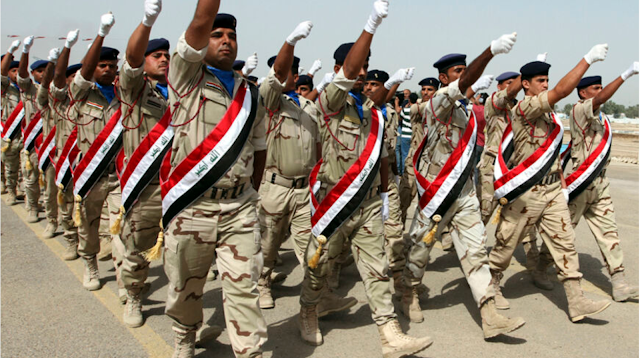 (Reuters)
Iraq is attempting to re-instate compulsory military conscription. On September 1 the cabinet passed a bill to do so which will now go to parliament. Conscription was ended by the Americans in 2003. When Iraq was originally created King Faisal and his advisers believed that universal military service would help unite the various religious sects and ethnicities in the country. Some supporters of the bill repeated that claim such as Prime Minister Mustafa al-Kazemi. Others have said there is little chance that the law will be passed because it is controversial in parliament and even if it was the government could never implement it because of a lack of money, logistics and other issues.

Iraq already has a bloated and unsustainable budget. That’s largely due to the excessive number of government workers and pensions that are on the payroll. Re-instating military service would be impossible to fund. As an economics told Al Aalem this seems like a jobs program and attempt by the government to deal with the high unemployment rate amongst young people.

Al Aalem, “Compulsory conscription: a flight forward or a step to control society?” 9/2/21

Al Mada, “Parliamentary Security: Agrees with the government to expedite the passage of mandatory conscription,” 9/2/21