In most of Iraq security has steadily improved throughout 2017. That has resulted in the lowest number of incidents seen since the 2003 invasion. From January to November 2017, the six most violent provinces in the country only experienced an average of 2.5 incidents per day. That was down from an average of 3.2 in 2016. In Anbar, incidents plateaued for most of 2017 at 1.3 incidents per day before dropping off from October to November going down to 1.0 and 0.8 respectively. Baghdad saw a huge drop in incidents from 5.9 per day in January, down to 2.6 in June before a slight rise to 3.3 in July before going back down to 2.4 in October, and then 2.8 in November. In Diyala, the Islamic State attempted a slight comeback starting in the spring. That saw incidents go from 1.9 in March up to 2.0 in June before declining to 0.6 in October and then rising again to 1.3 in November. Incidents in Kirkuk were low for the first half of the year at less than 1 per day, went up slightly during the summer, and then saw a sharp increase at the end of the year when the federal government sent in forces leading to clashes with the Peshmerga. Ninewa witnessed the end of the Mosul battle, which led to incidents going from a high of 14.7 per day in March down to 2 per day from September to November. Salahaddin was the other governorate where IS was regrouping. That led to a slight jump in incidents during the year, specifically April, June, July, and September before going down at the end of the year. Even then there were never more than 1.3 incidents per day after January. Overall, that has led to a sharp decline in incidents in Iraq. In January, there were 23.1 incidents per day. By November that was down to 9.8.


The insurgency is in full retreat, and is barely able to carry out operations. Even when the militants were trying to regroup during the year they were not able to sustain it for more than a few months. The question now is whether the Iraqi forces can keep up the pressure upon the Islamic State. The signs are not encouraging from failing to maintain a permanent presence in the rural and desert regions of the country, to the lack of rebuilding the police forces in the liberated provinces, to having no plans and money to rebuild the destroyed towns and cities. 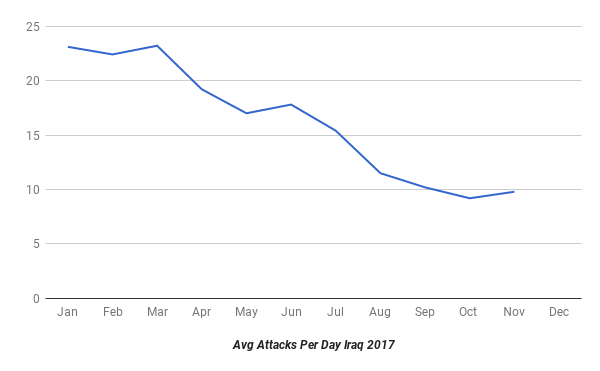 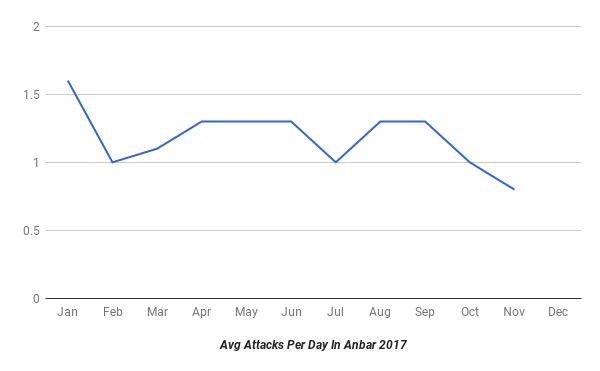 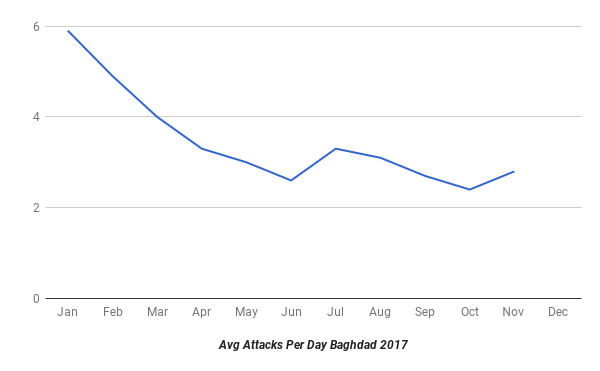 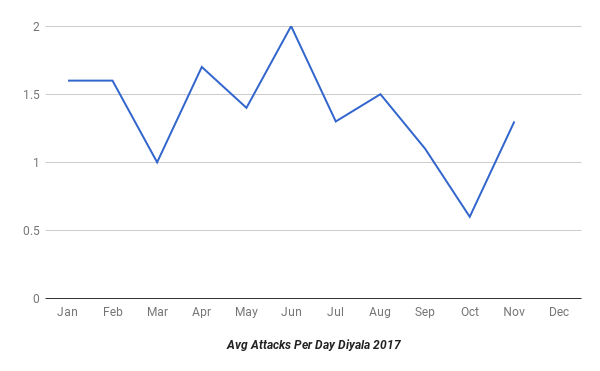 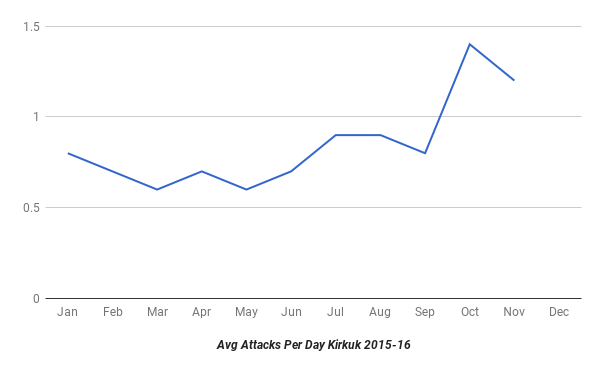 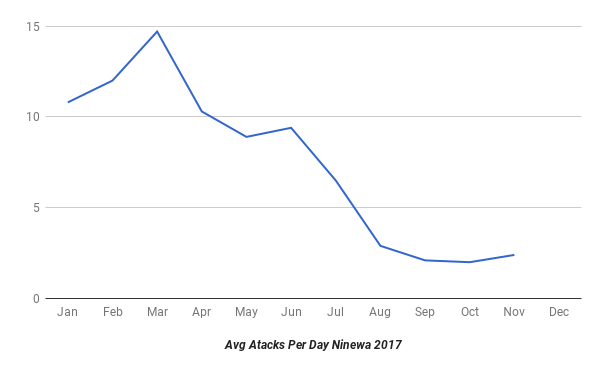 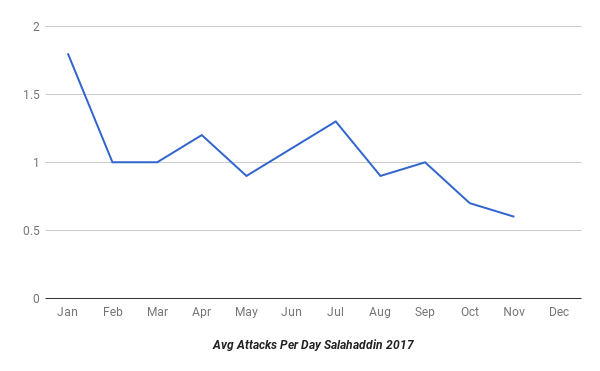