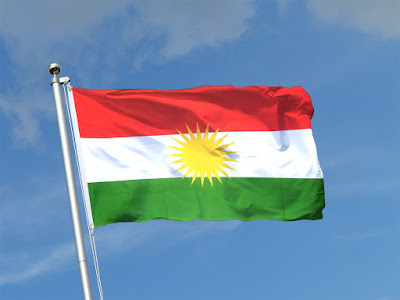 (KRG)
On March 31 Iraq’s 2021 budget was passed. It included an agreement for the Kurdistan Regional Government (KRG) to export 250,000 barrels a day in oil for the central government and turn over its border tariffs as well. In return Baghdad would send Kurdistan 9.5 trillion dinars ($6.5 billion). None of that has happened.

On May 4 the Oil Ministry let it be known that the KRG had not sent any money to Baghdad as obligated under the 2021 budget. That led to calls for the Kurds to send a delegation to Baghdad to work out what was termed “technical problems”. Kurdish officials said one was heading to the capital in the next few days. The problem is the Kurds have no intention of following through with the budget. That’s because even if they receive their allocations they can’t meet all their costs. It’s public sector is just far too bloated which is constantly expanding for patronage networks run by the ruling parties. Since the KRG can’t pay its workers it wants to blame the central government rather than admit to its own faults. That’s the reason why the Kurds have not followed any of the previous budget deals as well.

The Kazemi government could make a concession and send the KRG money without it meeting its obligations. That’s what it did before. The problems is this would incite complaints from parliament where many lawmakers are fed up with Kurdistan and want to punish it for its previous breaches of the budget. The government doesn’t really answer to the legislature so the prime minister has this option. The coming weeks will see whether this issue will be resolved or not.

NRT, “Erbil Has Not Transmitted Income, Oil To Baghdad yet: Iraq’s Ministry Of Oil,” 5/5/21