U.S. Estimates On The Islamic State 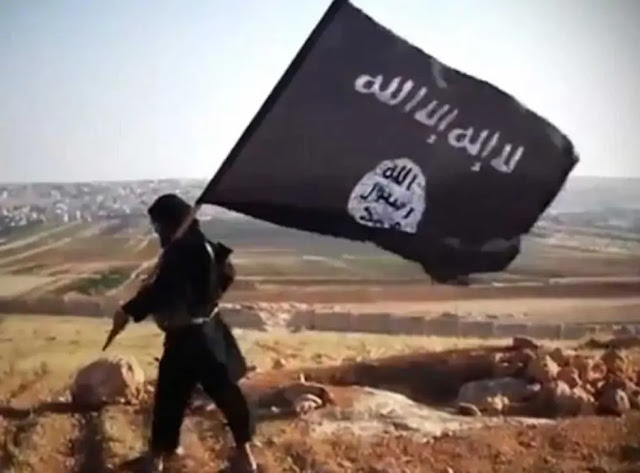 (AFP)
The U.S. Defense Department’s Inspector General report on Operation Inherent Resolve includes some information about the situation of the Islamic State. While the group claimed fewer attacks during the start of 2021 it still had a large treasury and a presence in the rural parts of Iraq.

The Islamic State decreased its operations during the opening of 2021. It claimed 116 attacks in Iraq during the 1st quarter of the year versus 175 for the last quarter of 2020. Violence was largely unchanged in Syria with 101 incidents from October to December 2020 and 113 from January to February 2021. The general trend of attacks in Iraq matched those recorded by Musings on Iraq. IS largely went dormant during the winter with the fewest incidents since 2003.

The State Department estimated that there were 10,000 IS fighters in Iraq and Syria. That was down from 14,000-18,000 in January 2020. The Defense Intelligence Agency (DIA) believed the group was still tapping into Sunni discontent with Baghdad in Iraq and exploiting vulnerable populations like the displaced. It was also forcing people to join and pay taxes. These are the same tactics it has used for years now. The figure of 10,000 members however is controversial. Outside of the annual Ramadan offensives there is simply not enough activity in Iraq to believe that the group has that many people. It’s more likely they have lost a significant amount of fighters, are having trouble recruiting new ones and the leadership is purposely holding back what it does have to try to rebuild its cadres. That’s shown by the fact that it hardly carries out any car or suicide bombings anymore and is barely active during most of the year. Its networks are simply devastated.

The group is based is in the rural and mountain ranges of Iraq where it largely has freedom of movement. It is also exploiting the gaps between the Iraqi Security Forces and the Peshmerga in the disputed areas. It mostly operates in small cells to carry out hit and run attacks like planting IEDs and shooting at checkpoints. Its goals continue to be undermining the government and increasing the areas it can operate in. it also can move men and material between Iraq and Syria.

Despite the Islamic State being a shadow of its former self it still has a large amount of money at its disposal. The Treasury Department said that it had tens of millions of dollars spread throughout the Middle East. It uses couriers and money transfers to move the money around. It has also tapped into cryptocurrencies and online fundraising. It raises money using extortion, kidnapping and smuggling, again common means. The question is if it still has such a large treasury why is its pace of operations in Iraq and Syria so low? It could be focusing upon the long view trying to rebuild its cadres and find safe areas for another big push later on. Alternatively it could be so broken that it’s not capable of doing more despite all the funds it has access to. Last, it could be spending its cash on its affiliates in other areas of the world right now.