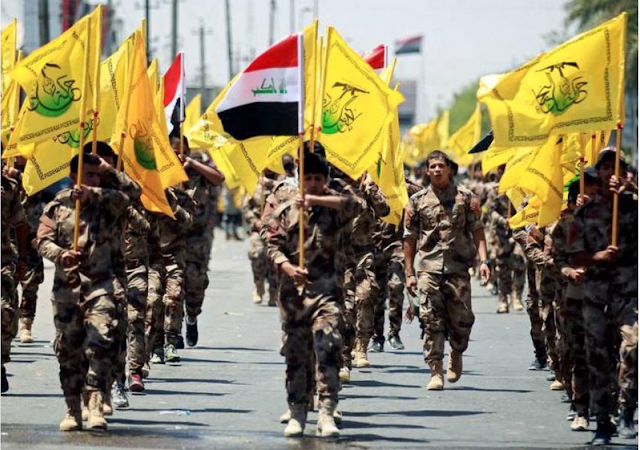 The new U.S. inspector general report on Operation Inherent Resolve in Iraq and Syria has a section outlining its views upon the Hashd al-Shaabi. The Americans believe that the Iranians have authorized the Hashd to increase their attacks using more sophisticated weapons that are provided by Tehran. The Iraqi government is also incapable of controlling the Hashd because of its power within the government. The Inspector General report points towards the pro-Iran Hashd increasing its role in the Middle East and being untouchable within Iraq.

During 2021 pro-Iran Hashd factions have increased their attacks upon U.S. targets in Iraq. For a period their operations were down when Iran ordered a pause, but that ended in the new year. The Hashd have talked about Afghanistan as a model for them to follow where the Taliban were able to force the Americans to leave the country.

American intelligence believes Iran has also authorized the Hashd to use more sophisticated weapons it has gotten from Tehran. The groups still use rockets and IEDs against the Green Zone in Baghdad and logistics convoys working for the U.S. The factions have now started using drones as well. These have also been used in regional attacks. At the start of 2021 the Hashd carried out a UAV attack on Saudi Arabia to influence talks the kingdom was having with Iran. Then on May 18 Israel shot down a UAV which might have been launched by a Hashd group. This shows that the Hashd has expanded its role as an instrument of Iranian Middle East policy. This began when Tehran had Iraqi groups go to Syria to support the Assad government. Now the Hashd are becoming akin to Hezbollah being used as an instrument of Iranian power across the area.

The Iraqi government has not been able to reign in these groups. Prime Minister Mustafa al-Kazemi attempted to gain control of border crossings but the Hashd presence is still there. It controls all the main gateways to Iran for instance. In May Iraqi forces arrested a Hashd commander. Pro-Iran groups responded by mobilizing in Baghdad and getting a judge to release the leader. This was just the latest example of the premier failing to confront these groups. He tried two other times this year with the same results. The Hashd not only have the backing of Tehran but representatives in the government as well. The PM doesn’t have the power to stand up to them.