New U.S. Report Outlines The State Of The Islamic State 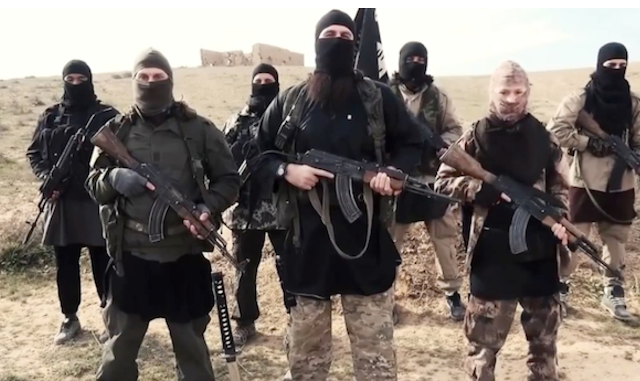 The American Lead Inspector General for Operation Inherent Resolve released its quarterly report. It said that the Islamic State continues with a low level insurgency and is entrenched in rural areas of Iraq and Syria. It has plenty of resources and is attempting to rebuild its manpower.

IS was able to carry out its annual Ramadan offensive in April 2021. That led to an increase in attacks in both Iraq and Syria during the second quarter of the year. It included a car bomb in a market in Sadr City. It has been targeting the electricity network as well. The Inspector General noted that the number of casualties caused by the insurgency however decreased maybe because the group lacked resources or were using new recruits. As usual the security forces were targeted and the militants wanted to undermine the government. These are tactics that IS has used since its beginnings.

The Islamic State is still rebuilding its cadres. The Americans said IS’s prime recruiting target is displaced at camps especially Al-Hol in Syria. It has recruiters within the facility and has been smuggling out new members and their families to train them in both Iraq and Syria. It is constantly crossing the border between the two countries. U.S. intelligence also believes that abuses by the Hashd have turned some Sunnis towards the insurgency. Playing upon Sunni grievances has been a longtime theme of the organization and the displaced are a vulnerable population who are in limbo about whether they will ever be able to return to their homes again.

The U.S. Treasury Department still believes that IS has millions of dollars in cash in Iraq, Syria and Turkey. It raises money through proven methods such as extortion, oil smuggling, looting and kidnapping for ransom. It may also still have front companies. It’s able to move its funds using intermediaries and Islamic money exchanges.

These findings are largely the same as last year. The question is if the Islamic State is still able to recruit, still has safe havens in Iraq and Syria, and apparently has millions why isn’t it more active? This year’s Ramadan offensive for instance was only a blip in terms of the number of attacks and was quickly over. There are two possible explanations. One is that the group is finally at its nadir. It can still launch small level attacks like shootings and IEDs but it has lost the men and expertise to do more. It is isolated in the rural areas of Iraq and Syria and can’t expand beyond that. The counter thesis is that IS is simply biding its time. It is purposely not carrying out more operations even though it has the cadres, money and material because it wants to focus upon rebuilding and preserving its leadership to fight another day. Only time will tell which direction the group is going.