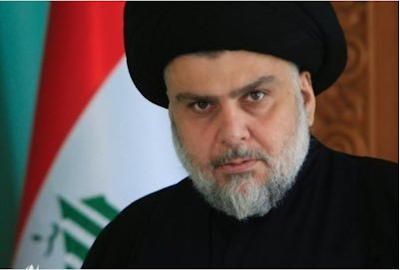 (Iraq News Agency)
On July 15, Moqtada al-Sadr announced that his followers would boycott the October 2021 elections. He claimed there was a satanic plot to humiliate the country and therefore he could not take part. A month later Sadr’s real motivation was revealed when it was reported that he wanted the balloting to be postponed. Many of the major parties have been pushing this to little effect for months now and Sadr was the latest to try. The ruling elite are afraid they will be voted out of office and want to hold onto power as a result.

After making no headway with his demands Sadr announced on August 27 that his list would run. He claimed a reform deal was made that included fighting corruption, amending the constitution and other matters that will not happen. That was a face saving measure to say that he won some concessions from his month long boycott. The extent of Sadr’s failure was shown by his call for a million man march announced just the day before on August 26 that would’ve called for holding off on the election.

Sadr has said he was withdrawing from politics many times before. They have never amounted to much as Sadr wants power just like the rest of Iraq’s elite. His list was even talking about winning the most seats and naming the next prime minister just weeks before he said he would boycott. Now the drama is over and parties will go back to preparing for October.

Al Aalem, “In anticipation of an expanded conference, political blocs express their readiness to postpone the elections,” 8/24/21

Al Hurra, “Al-Sadr withdraws from the decision to boycott the elections,” 8/27/21

Al Mada, “Al-Sadr rejects all mediation and insists on postponing the elections to April,” 8/22/21

Al Masalah, “Al-Sadr’s boycott brings Iraq closer to political chaos and puts it in the square of no elections,” 7/15/21

NINA, “News Leaks: Al-Hakim And Al-Amiri To Visit Al-Sadr Tomorrow To Persuade Him To Reverse His Decision To Boycott Elections,” 8/26/21