Start Of The Tal Afar Battle 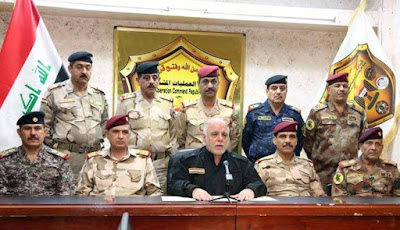 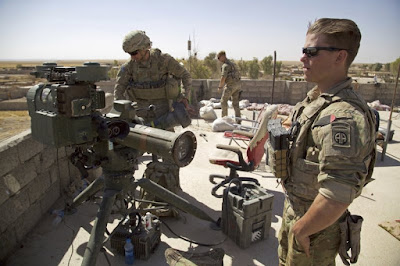 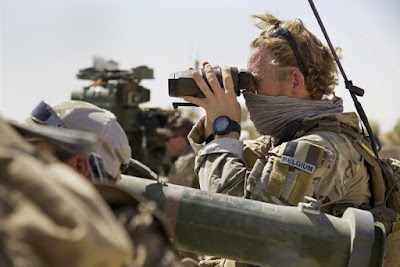 The Tal Afar operation finally began just over a month after Mosul was freed. Prime Minister Haider al-Abadi announced the start of the campaign on TV stating that the Islamic State could either surrender or die. The Iraqi Air Force dropped leaflets over Tal Afar telling people the battle had begun.


A mix of forces are involved in the liberation. Around 40,000 troops will take part from the 1st and 3rd Brigades of the Counter-Terrorism Service, also known as the Golden Division, the army’s 9th, 15th, and 16th Divisions, the 6th Federal Police Division, Rapid Reaction units, along with the 2nd, 3rd, 4th, 5th, 6th, 10th, 11th, 17th, 26th, 43rd, 47th, and 53rd Hashd Brigades. As with Mosul, the Golden Division will be in the lead, the army and police will be in support, and the Hashd will take the perimeter. Months ago, Turkey voiced opposition to the Hashd playing a role in the battle claiming that they would commit sectarian crimes against the population. According to Niqash and Iraqi News Baghdad held secret talks with Ankara assuring them about the Hashd’s role. Like Mosul however, as soon as the fighting is over the Hashd will move into the town. The Iranian backed Hashd especially, believe they are the protectors of the Shiite Turkmen in the district and want to control the town because it has been a major Islamic State base for years.

The Iraqi forces are taking on Tal Afar from several axes. The Federal Police and the 3rd Hashd Brigade freed five villages in the west, the Golden Division two in the southwest, the 9th Division and a Hashd brigade advanced 8 kilometers and took one town and the Zamber Mountains in the southeast, the 16th Division seized eight towns in the east, and the Badr Brigade advanced to some foothills to the northwest. The Iraqi Forces (ISF) claimed two lines of Islamic State defenses collapsed on the first day. After the Mosul campaign, the ISF have greatly improved their ability to coordinate along multiple fronts. When the attack is maintained from multiple sides the Iraqis are at their best as they stretch the limited manpower of the insurgents.

On the other side, IS is employing the same strategy it used in Mosul. It is only putting up limited opposition on the perimeter using small units along with IEDs, suicide bombers, and car bombs. The Tal Afar district is mostly open land. That means the insurgents are vulnerable to air strikes and artillery, and will gladly give up the territory. The real fight won’t begin until the actual town is reached. There the urban environment will give the militants cover and allow them to best use their limited manpower and fire and maneuver tactics. Unfortunately for them, Tal Afar is not that big and the Golden Division has prodigious experience in taking on these types of environments.

Al Alam, “A car bomb was destroyed before it reached the advanced forces in Tal Afar,” 8/20/17
- “Iraqi forces begin the process of liberation Tal Afar from the southwest of the town,” 8/20/17

Al Forat “Leader in the popular crowd: the liberation of 13 villages in Tal Afar and information about the escape of leaders in the battle,” 8/20/17
- “Urgent The liberation of the villages of Batisha, Al-Alam, Khafaja, Halibiya, Al-Aliya and Marzeef east of Tal Afar,” 8/20/17

Hath Al-Youm, “The Air Force dropped hundreds of thousands of leaflets on the center of Tal Afar,” 8/20/17

UN Office for the Coordination of Humanitarian Affairs, “Thousands of civilians fleeing Telafar are at extreme risk,” 8/20/17