Mosul continued to face sporadic violence. On August 11, three Islamic State fighters were discovered in a tunnel and killed by Federal Police in Hawi Kanisa in the northwest. The next day, August 12, a suicide bomber was shot at a checkpoint in west Yarmouk, while men in military uniform robbed a house in the northeast. The Chief of Staff of the 5th Federal Police Division General Hafez al-Tami told the press 80% of west Mosul had been cleared. On July 25, the police gave the same figure. Unfortunately, the Iraqi forces often exaggerate such matters. What is not open for debate is that there are still attacks in the city nearly every day now. None of these pose a real threat to security, but they show that the insurgents are still alive and active.


A source told Al-Akhbar that the Tal Afar operation wouldn’t kick off until after the Eid al-Adha holiday at the beginning of September. That seems incredibly late. Most of the forces are in place, so a start within a few days or weeks would seem more practical.

On August 10, Asaib Ahl Al-Haq’s Jawad Talabawi spread a false story that Kurdish President Massoud Barzani got the U.S. to exclude the Hashd from the Tal Afar campaign. Hashd spokesman Ahmed al-Assadi denied the claim on August 11 saying that the Hashd would be a part of the battle. He said only three people were authorized to speak for the Hashd and Talabawi was not one of them. Talabawi’s remarks were part of the ongoing Iranian campaign to undermine the Americans in Iraq. Many Iraqis already believe that Washington supports the Islamic State, so Tehran and its allies are attempting to exploit that with constant reports of Americans dropping supplies to the militants, blocking the Hashd and attacking it.

Another controversy surrounding Tal Afar was the U.S. presence in the area. 70 U.S. advisers arrived at the Kahriz base on August 10. That same day there was also a report that the Americans were building a camp. Construction however, was to improve Kahriz not to make another one. Again, the pro-Iran camp attacked the Americans leading the Joint Operations Command to issue a statement that there was no U.S. base in the area.

The United Nations High Commissioner for Refugees talked with a family living in west Mosul’s Resala. During the fighting, they sheltered in their basement, until a lull allowed them to escape and head for a camp. As soon as the city was declared liberated they returned only to find the front of their house completely destroyed by an air strike or artillery. Despite that they were still happy the building was standing, and their possessions were inside. Today they have to pay high prices to receive electricity from a generator that only provides around 8 hours of service per day. Their drinking water is trucked in and stored in tanks, while a well is used for the toilet and washing. They are making clothes to try to earn some money. According to the Iraqi government 79,000 people have returned to west Mosul, only 10% of the population. That compared 165,000 or 90% in the east. The U.N. has increased aid to these people trying to help them find housing, remove unexploded bombs, and providing basic services. Life is still extremely difficult and several hundred families have gone back to camps instead of staying in Mosul. Given this new trend the massive displacement in Ninewa is likely to continue for the foreseeable future.

In the last month, former Governor Atheel Nujafi has gone after his opponents in the media. Now some of them are striking back. Ninewa councilman Mohammed Ibrahim told the press that more than 30 cases were being investigated for corruption involving Nujafi. Ibrahim went on to blame all the problems in the governorate on the ex-governor’s misrule. Now that Mosul is freed many politicians are trying to settle scores with their rivals. This has occurred in other liberated provinces such as Anbar and Salahaddin. The result has been deadlock, which undermines governance and reconstruction, which are the two most important elements necessary for a successful post-IS environment. Instead politicians are more interested in jockeying for power.

Iraqi Media Network, “Three terrorists were killed after being trapped inside caves,” 8/11/17

Al Masalah, “Joint operations deny the existence of a US military base for Tal Afar operations,” 8/11/17
- “Ninewa Council: More than 30 corruption cases are being investigated involving Atheel Nujafi,” 8/12/17

NINA, “Chief of Staff of the Fifth Federal Division: 80% of the clearance and removal of waste disposal of Daesh accomplished in right side of Mosul,” 8/11/17

This Day In Iraqi History - Sep 25 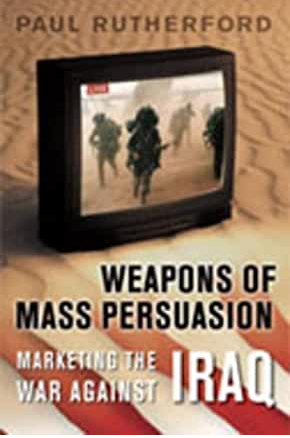