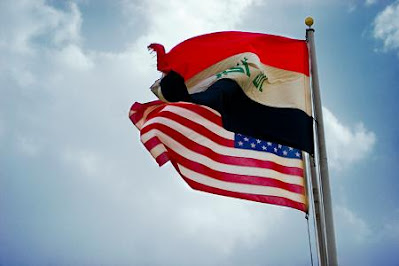 (Embassy of the Republic of Iraq)
The United States and Iraq held the first stage of strategic talks in April. There are Iraqi factions that want the American military to withdraw from the country so these discussions were much anticipated. The two sides did nothing but affirm the status quo.

Iraq’s Foreign Minister Fuad Hussein and U.S. Secretary of State Antony Blinken held a video conference. They affirmed that the Strategic Framework Agreement was still in place. That meant the two would continue cooperation against the Islamic State. As part of that U.S. forces are in Iraq at the invitation of Baghdad. The main role of the Americans is to train and advise the Iraqi Security Forces. At the same time some Americans could be withdrawn but no timetable or deadline was announced for when that would happen. The two sides clarified that there were no U.S. bases in Iraq. Americans are housed at Iraqi facilities. Besides the talk of pulling some U.S. forces out nothing new emerged from this initial round of talks. The two agreed that the Americans would continue to help Baghdad fight the insurgency which is what it has been doing. Prime Minister Mustafa al-Kazemi could do little more as he leads an interim government and has said he would not run in the upcoming October elections. If there is to be any change in the relationship between the two it will be up to the next permanent administration.

Al Masalah, “Baghdad and Washington agree that Iraq will manage the war against ISIS without military bases on the ground,” 4/7/21

Al-Oraibi, Mina, “Al Kadhimi: My government’s main mission is early elections but I will not run in them,” The National, 4/6/21