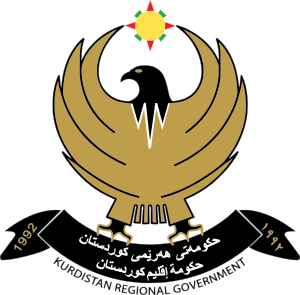 The Kurdistan Regional Government (KRG) has found itself in an unsustainable economic situation. It has a bloated public sector and an oil industry it can’t pay for. It recently agreed to the 2021 budget but it’s not following through with its obligations because it wants to blame the central government for its problems.

On May 21 the head of the KRG’s parliamentary finance committee Ziad Jabar said that the regional government couldn’t pay its public workers without money from the 2021 budget. The KRG has been cutting and delaying salaries for months now. The Kurdistan Finance Ministry said that workers would have a 21% cut in May. It has missed payments five times on top of that. A United Nations study recently found that those issues led to a 31% drop in monthly family income in Kurdistan, which was worse than the rest of the country. As Ahmed Tabachali, Hamzeh al-Shadeedi and Sarwar Abdullah recently pointed out even if the KRG got its monthly budget payments from the central government it would not be able to cover its public workers. The two main ruling parties in Kurdistan the Kurdistan Democratic Party and Patriotic Union of Kurdistan have vastly expanded the government workforce as part of their patronage networks to win votes and maintain their support. The civil sector has now grown past the point where it can be maintained. The parties have talked about reform but nothing has happened. Instead they are trying to blame Baghdad and the 2021 budget for its issues.

The KRG’s financial difficulties have hit its oil sector as well. In May, the regional government announced that it would change its payment schedule and terms for energy companies. It said it would pay them 60 days after invoices were submitted rather than 15 days. Overdue invoices would also be paid at a slower rate and it was committing less money to the matter overall. The corporations already scaled back production and investment in the KRG in 2020 because of the collapse of oil prices and were none too happy with these new terms. One oil executed told Iraq Oil Report it would hurt the future of the business in Kurdistan. The KRG therefore finds itself in a Catch 22. It must expand its petroleum industry because it is the main source of revenue for the regional government to pay for its bloated public sector, but those workers have now grown so large and cost so much the KRG can’t pay the energy companies it relies upon. It therefore needs payments from Baghdad more than ever but the Kurdish authorities won’t comply with the budget agreement because then it would have to admit that it still can’t pay its employees. Instead it wants to avoid accountability something Iraqi politicians are very good at.

NRT, “Average Income In Kurdistan Region Fell By 31% During Covid-19 Pandemic Because Of Public Sector Salary,” 6/7/21