US Strikes Pro-Iran Hashd Factions In Iraq, Unlikely To Change Anything 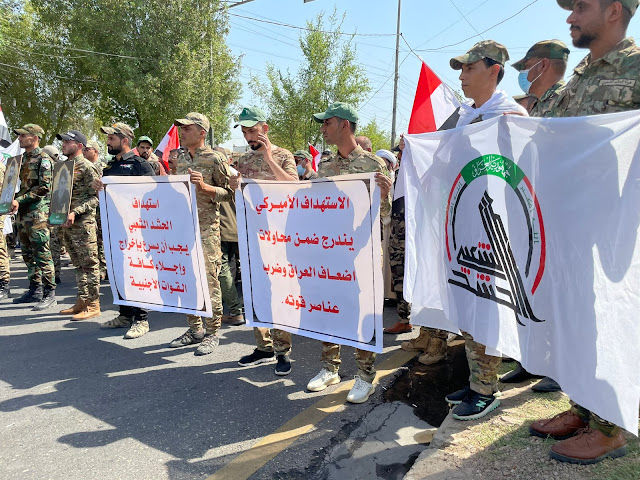 June 27 the Biden administration launched strikes upon three pro-Iran Hashd targets in Anbar province and eastern Syria. This was retaliation for a new wave of drone and rocket attacks upon the American presence in Iraq. It is unlikely to change the dynamics between the two sides.

Two camps in Syria and one in Iraq used by Kataib Hezbollah and Kataib Sayid al-Shuhada were hit by the U.S. They and others held a symbolic funeral for four of their fighters who were killed in the strike. Kataib Hezbollah carried out a rocket attack upon a U.S. and Syrian Kurdish position in eastern Syria afterward. 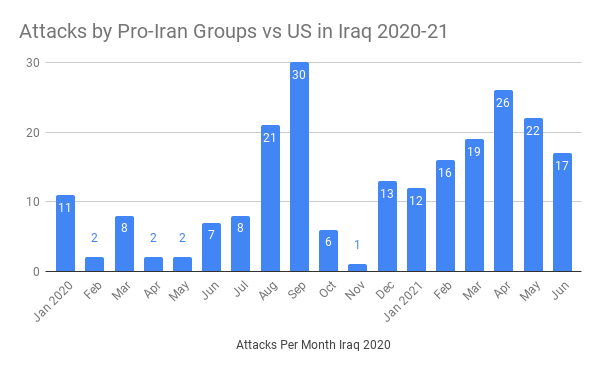 Since December 2020 pro-Iran factions have greatly expanded their campaign against the Americans in Iraq. Those went from 13 in December to a peak of 26 in April. The kinds of incidents have also changed. In January 11 of the 12 incidents were IEDs aimed at convoys carrying supplies for the U.S. and one was a rocket attack in Baghdad. The number of missile strikes increased to three the next month, and then in April there was a drone strike in Irbil. In June there have been four rocket incidents and four drone attacks so far. These are the reasons why President Biden ordered the strikes. The Hashd groups were escalating and Washington felt like it had to respond to give a warning.

The question is whether this will change anything? That’s likely no. The Hashd factions have the upper hand. They can pick up violence at any time. They act with impunity because the government is afraid to hold them accountable as seen by Prime Minister Mustafa al-Kazemi’s lack of back bone in several confrontations with the groups. The increase in attacks has led the U.S. to begin to shift to protecting its forces rather than aiding and assisting the Iraqis. Washington is also in talks to drawdown its troops in the country. Finally, this was the second time Biden has ordered strikes upon Hashd groups but they have been on these small camps that have no real impact and provide no serious deterrence.