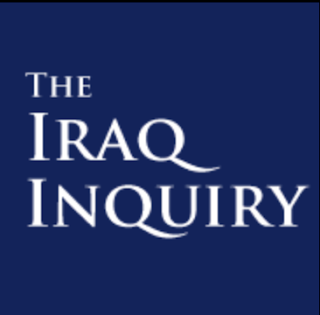 The British entered the invasion of Iraq focused upon taking Basra province which they initially believed would be an easy task. They ended up getting much more than they were planned for. The UK found itself an occupying power afterward with no strategy on what to do.

There was a debate within the government and military over how the war would go. On March 20 the day the invasion started Defense Chief Admiral Michael Boyce reported that the Iraqi forces were disintegrating but then four days later he said that local militias in Basra were putting up stiff resistance. The Joint Intelligence Committee added on March 26 that the Iraqi government still held important cities and the idea of a quick collapse of Saddam’s regime was unlikely. Sir David Manning the UK ambassador to the U.S. was worried that Iraq was going to lure the British and U.S. into a drawn out urban battle. These events showed that the intelligence London was getting went through a 180 degrees change. At first, it seemed like the war would be over quickly and the Iraqi military would not put up much resistance. Then it found out new forces like the Fedayeen Saddam and Baath militia were in fact standing and fighting.

On March 20, 2003 the Iraq War began. Two UK commando brigades attacked the Faw Peninsula. The next day the Royal Marines and 3 Commando Brigades landed in Faw as reinforcements. By March 23 the British had taken control of Um Qasr port and then Basra airport on the 24th. The start of the invasion went off smoothly but then the British were faced with taking Basra city.

On April 6 the British army entered Basra. There were no plans on what to do with the city after it was taken. One general said he was concerned about this lack of policy. When looting broke out another general said that was aimed at the regime and not a sign of lawlessness. It was also mentioned that the police had disappeared. PM Blair said that it was a priority to establish security in Iraqi cities after they fell. On April 12 the commander of the British invasion force said that law and order was being imposed on Basra. The dismissal of the looting and the claims that Basra was being secured overlooked the fact that London had no plans on what to do when the war ended. Like their American counterparts they emphasized the war and not the day after.

When the post-war Phase IV operations started the British were left flat footed. There had been no analysis of what jobs the British were supposed to do in Basra province which it now controlled. Not only that there were increasing warnings that things were going wrong. On March 21 for example he Chiefs of Staff of the military said pre-war assumptions about Iraq were not coming to fruition and presented an updated Phase IV plan one day into the war. It called for estimates of how many troops were needed, predicted that the U.S. would ask the British to run four southern provinces, that the lives of Iraqis needed to be improved, that a U.N. resolution on the role of the British needed to be passed, and a withdrawal plan had to be planned. On March 25 the Chiefs of Staff added that security, the rule of law, rebuilding and an interim Iraqi administration needed to be formed. The Deputy Chief of the Defense Staff said the UK needed to prepare to stay in southern Iraq until March 2004. He warned that the occupation of Iraq could be a large military and political task. The request for creating a post-war strategy was being made during the actual invasion instead of beforehand. One can guess that would lead to massive problems and strategic setbacks for the British who were running Iraqi towns and cities while London was contemplating what to do with them.

The British ended up staying in Iraq until 2011. It was calling for planning while the invasion was in progress and ended up running four Iraqi provinces with no policy on what to do with them. The British ended up in the exact same boat as the Americans making ad hoc decisions during the occupation of Iraq and getting bogged down as a result because it had no idea what it was doing.