Review The Kurds, A Modern History 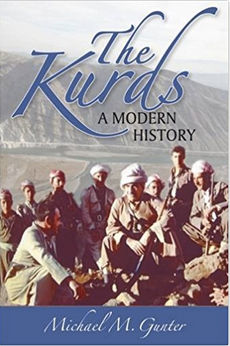 The Kurds, A Modern History is a very good overview of the Kurdish community in the Middle East. It covers the two main views of Kurdish nationalism, then goes from the Ottomans up to the modern times of Turkey, Iraq, Syria and Iran. In each, a similar history played out where the new countries wanted a unitary state and rejected the idea of giving their Kurdish minorities any rights. It was in response to this denial that the modern Kurdish movements eventually emerged, although at different periods. The Kurdish groups were marked rebellions, constant divisions, and often foreign intervention. The end is where the book goes off course a bit by covering the rise of the Islamic State and the Syrian civil war and not always focusing upon the Kurds.

There are two main conceptions of Kurdish nationalism, the primordialists and the constructionists. The first is the most popular amongst Kurds and believes that the community created a national identity before nations existed due to shared history, culture, sense of territory and group identity. This group for instance, points all the way back to Kardouchoi who attacked the Persians in 401 B.C. or Medes who took power in 612 B.C. as the start of Kurdish nationalism. Constructionists on the other hand argue that nationalism was created usually after nation states were formed, which was a much more recent phenomenon. During the Ottoman Empire for example, Kurds were organized around tribes and kinship and their larger identity was as Muslims. It was only after the modern states of the region were created after World War I, that the Kurds began to organize around being Kurds.

Under the Ottomans, Kurds were allowed to govern their own areas. In 1514 the Ottomans won the Battle of Chaldiran versus the Persians and conquered most of the Kurdish areas. Sultan Selim I authorized the prominent Kurdish families to set up their own administrations in return for recognizing the empire. During the Ottoman period there were 16 Kurdish emirates, 6 of which lasted until the middle of the 1800s. Some were run by the central government and others by Kurdish rulers. In 1695 Ahmadi Khan published the poem Mem u Zin calling for Kurdish unity, which many consider the start of Kurdish nationalism. Constructionists would say that the Kurds were still more loyal to Islam and their tribes than a group identity at that time. In 1839, the Ottomans began reforms to try to revive the empire and centralized power, which led to the end of most of the Kurdish emirates. When modern nation states were formed some of them such as Turkey would claim that the Kurds were ever a separate and distinct group, and would deny this history.

After World War I, the Ottoman Empire came to an end and the Kurds were split amongst the different nations that emerged in its wake. All the countries took a similar stance. Iraq for example called for an Arab state, Turkey wanted for one for Turks. Each would deal with its Kurdish minorities in different ways. Baghdad would offer rights, sometimes autonomy and then force. Turkey would immediately deny the Kurds were a people and tried to wipe out their culture. Many of the Kurds in Syria migrated there from Turkey and were dismissed as foreigners, and were then suppressed by the military governments followed by the Baathists. In Iran, the authorities tried to settle the Kurds and bring them into the national economy while exiling their leaders. This would lead to Kurdish resistance and the first nationalist parties. In the 1920s Sheikh Mahmoud Barzinji and in the 1930s Mullah Mustafa Barzani would lead several revolts against the Iraqi government although both were more based upon tribal affiliations. Barzani would only build a nationalist movement later that would become today’s Kurdistan Democratic Party (KDP) and then the breakaway Patriotic Union of Kurdistan (PUK) that today run the Kurdistan Regional Government. It wasn’t until 1978 that Turkey’s Kurds found a permanent organization the Kurdistan Workers’ Party (PKK), which in 1984 began an insurgency against Ankara that continues until the present. The first serious Kurdish parties in Syria emerged in the 1950s with the Kurdish Democratic Party in Syria that called for rights for the community. The 2011 Syrian Civil War gave rise to the Democratic Union Party (PYD) that became the strongest Kurdish group, and was connected to Turkey’s PKK. In the 1940s, the Komala party was formed in Iran calling for a pan-Kurdish movement. In 1946, the short lived Mahabad Republic was formed, which drew in people from around the region including Mullah Mustafa Barzani. In the 1960s the Kurdistan Democratic Party of Iran was formed and led a short lived revolt, which was crushed. In 2004, the Free Life Party of Kurdistan (PJAK), another wing of the PKK was created in Iran. Although all these parties were created at different times, they all followed the same general trajectory. The government rejected Kurdish identity and rights, and attempted to oppress them through various policies such as denying the use of their language, wholesale removal of populations, and military campaigns. The Kurds on the other hand faced internal problems such as tribal and partisan divisions that led to constant splits and often times in fighting such as the Iraqi Kurdish civil war in the 1990s. Foreign powers and forces were inevitably brought into these conflicts as well. Turkey has constantly battled the PKK, while forging alliances with Iraq’s Kurds. The U.S. and Iran backed the Iraqi Kurds versus Saddam Hussein in the 1970s and then abandoned them. The Iraqi KDP helped put down the KDPI in Iran in return for support from Tehran.

Where The Kurds, A Modern History runs into trouble are the concluding chapters. Those are concerned with the United States’ role, the Islamic State, the Syrian Civil War and the possible independence of the Kurdistan Regional Government in Iraq. Too much of this has little to do with the book’s topic such as whether the Obama administration should have bombed the Syrian government for its use of chemical weapons and Turkey’s backing of Syrian opposition groups that opposed the Assad government. This is a revised addition, so it would not be surprising if these were added chapters to bring it up to date with the most recent developments, which is why they don’t flow with the rest of the book.

Despite that problem, Gunter writes probably the best overview of the Kurds in the Middle East. It is very readable, and covers a breadth of history without getting bogged down in the details. For those looking for a beginning book on the topic this would be a great start.