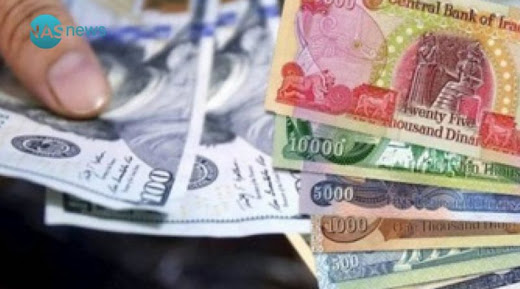 The draft of Iraq’s 2021 budget was released and it caused quite a controversy in Iraq. The document has record spending despite the Kazemi government pushing economic reform. It also puts all the burdens upon the lower and middle classes without directly addressing the larger problems in the country. It will now have to go through parliament where lawmakers are threatening to end even the modest attempts at change.

The draft budget makes little effort to follow through with the reforms the government was pushing for. The document proposes 150 trillion dinars ($103 billion) in spending. That is up from the 133 trillion dinars in the 2019 budget. It has an estimated deficit of 58 trillion dinars ($40 billion). That is the largest budget and biggest deficit ever. There is a new 15% income tax on middle and senior public workers and a 50% reduction in benefits for them as well. The government’s White Paper which was released in October called for a 12-25% reduction in public salaries over the next few years to try to reduce spending and balance the budget. There’s no attempt to do that just cutting around the edges instead. What it does do is single out civil servants who will be hit the hardest by the changes.

Baghdad has already implemented one part of the budget plan which is a devaluation of the dinar. The Iraqi currency’s exchange rate went from 1,182 dinars for one US$ to 1,450. The dinar was already going for a lower rate on the street and this led to more speculation and a drop in the value of the currency. This is meant to help the government which earns the vast majority of its revenue in dollars from oil sales. It will now have more dinars to pay out to Iraqis. Again this hits government workers and the poor the most who will now not be able to buy as much as they once were. This was part of the White Paper that outlined the Kazemi administration’s reform strategy. It relieves some of the burden on Baghdad which is facing a huge deficit and has been raiding the Central Bank’s foreign reserves to pay its bills. Now it will have more to spread around.

Iraq’s economy suffers from corruption, mismanagement and institutional barriers to reform. These issues are the reason why the economy is so distorted relying almost exclusively upon the state and the government cannot currently pay its bills. None of these are addressed in the budget. Under the draft document the poor and middle classes will have less buying power and fewer benefits while the rich who cause all these problems will be untouched. That will likely create more unrest as there are almost daily protests over people not getting paid. Worse yet the parliament is threatening to end the limited austerity measures in the draft bill showing that the ruling parties might not be willing to accept even limited changes. That means the government’s current crisis will continue and likely worsen into next year.

Al Mada, “Parliament threatens the government: We do not accept manipulation of employee salaries and allocations,” 12/20/20

NINA, “Al-Kadhimi: The white paper for reform represents the beginning of an expanded economic reform,” 10/12/20